As you know by now, we will be releasing the Life in Technicolour update on August 16! This is really exciting because it is the last major update before the final release of the game.

Last week we posted our first message that the Early Access discount price was reaching its full price on the 16th. We saw a lot of misinformation going around, and wanted to make sure we cleared things up:

Yesterday Sam, with a little help from yours truly, but mostly Sam, fitted subtitles to our lines of dialog. As you work on a game, you discover the mistakes you made earlier in the game when they come and haunt you. In this case, we did never built a system to automagically take the dialog text from the massive dialog spreadsheet and put it in the subtitle field in the game software. The last time we updated, some poor bastard (Clement) entered all the subtitles by hand. This time, we had 4784 lines of dialog lacking subtitle text.

Fortunately, Sam’s Excel fu is strong, so he built a spreadsheet to grab the subtitle text from my spreadsheets and put it in the game linked to the sound file. Unfortunately, we discovered that some clever clogs had, in some cases, changed the name of the sound file as it was going into the game, without changing the corresponding name in my spreadsheet. Who knew that mattered?

So now we are developing a better system.

Today all the francophones on the team get to translate the subtitles into French. I am in the lucky position of a daddy whose wife is breastfeeding: love to help, but I just don’t have the equipment.

In other news, I have been writing new Uncle Jack episodes (Kickstarter stretch goal!). I wrote about 80 pages of Uncle Jack last time, for a two day shoot; so I have about 40 pages to write for our new one day shoot on September 4, including a climactic scene in which Things will be Revealed. I’ve got about half of that written, so if there is something that you would like Uncle Jack to talk about, let me know; bearing in mind who Uncle Jack is. He is not going to tell you what’s in V-meat. I doubt he even knows. He is not going to dwell in the sadness of the past. But yes, he may tell you how to decorate and improve your home, thank you, @meganhoins!

And, of course, I continue to plow ahead writing dialog for the Miss Thigh Highs and The Mad Scotsman.

Ever wonder what the Doctors do when they’re not forcing Joy into your veins? Turns out, they’re rather madcap in their spare time, doing hilarious things with cadaver bits and playing darts with syringes. This week I wrote environmental narrative for their headquarters, where you will find Important Clues along with hints of Bertie Wooster-style hijinx.

In other fun news, I “curated” the Wellington Wells “House of the Future” exhibition, where Wellies imagine what everyday life will be like 20 years in the future...which just so happens to be 1984. (Don’t worry -- there won’t be any Duran Duran. We’re not monsters.)

I also wrote environmental narrative for a private club devoted to Uncle Jack fandom. Don’t you wish YOU could join? Of course you do! Now, you might be thinking, “Doesn’t EVERYONE in Wellington Wells love Uncle Jack?” Well, no, not everyone. There’s a story there, but you’ll have to play 1.0 to find out. I fear the Wrath of Sam if I say too much.

You know the gag where you run around the corner, being chased by nefarious characters, only to sit down on a bench, pull out your newspaper, and watch them pass by? This week I worked on debugging chairs so when you sit down and pick up the newspaper, you can sort of hide in plain sight.

On the side, I’m gathering a list of activities for our Wellies and Wastrels to give them some more things to do and increase the feeling of a living city. Expect some improvements on that soon.

Other than making Roxanne sad because I found out some of the chairs she thought she fixed weren’t fixed and it made no sense why they weren’t fixed, I was blocking in new encounters. Was nice to move on from pure bug fixing to do some new work. Think I blocked in about 4 or 5 of these small encounters this week. Plus some other random bits, and some last minute update bug fixes. Overall this week felt pretty good. Felt like I got through a bunch of schtuff. So that’s cooooooooool.

This week I made few animations for one of our new weapons. The amazing “Bee Cannon”! A funny and powerful weapon I hope you’ll enjoy. And you know what? It has a long range! So finally you can protect yourself from your assailant before they will be able to hit you. And let me tell you something, he will regret crossing you.

This cannon sucks up bees and blows them out at your opponent. It causes area of effect damage, but it is hard to control. Have you seen Ghostbusters? Imagine the same thing with bees.. (I know that’s cool). These animations are a work in progress I will show you a sneak peak of it next week.

Sup folks! So this week I’ve been fleshing out some new idles for one of the narrative characters and started polishing them. I mean that’s pretty much been it. I wish that I had more to report, I really do! But I don’t. Can you please forgive me WHF weekly update readers!? Can you? I’ll try my hardest to have more news next week. So tune in same Bat time same Bat channel!

Hello people! This week was a VERY busy week. The kind of week where sleep isn’t a priority… The pressure was there, but in end I do like working under pressure, it adds a little bit of spice to everyday life. It is in these moments that you know if you like what you are doing or not, and fortunately for me, I love my job and wouldn’t change it for anything else. So why so busy, you ask me? Well, it’s a surprise soon to be revealed. Oh and I also worked on french localization. And no, it’s not always easy to translate english expressions in french.

For example, try and translate this in french, let us know if you have any clue in the comments (google translate won’t help you) :

Hey guys, I’m doubling down on Remi. My eyes are getting sore from the long nights this week, but was it worth it? Abso-freaking-lutely. And it’s a good feeling to do overtime for something you love doing. I can’t wait until we reveal what we have in store for you!

And also, localization, where my french expertise is put to the test with every expression such as “I’m in a bit of a pickle”, which I assure you, shouldn’t translate into: “Je suis un peu dans un cornichon”.

A lot of bugs still to fix, and it’s getting frantic. This is the exciting times of game development, working late, frustrating issues and bad (but really good) food, counterbalanced with the joys of seeing bug counts drop and the victories of finally removing the ugliest of the bunch.

I was watching a frankenstein movie yesterday night and I thought “eh, that's sort of what I am doing”, so let’s continue the mad scientist theme. The creature is stable ( the heart and most of the organs works) but is still a bit ungainly. So, I replace arms or tune the articulations and pull down the lever, let electricity do its wonder and look at the first step of the homonculus. Rinse. Repeat.

Replace “creature” by “new city layout” and you get the right idea : the new city layout is now stable and is getting new improvements ( non-square building blocks and smaller blocks ) as well as a another pass of testing. 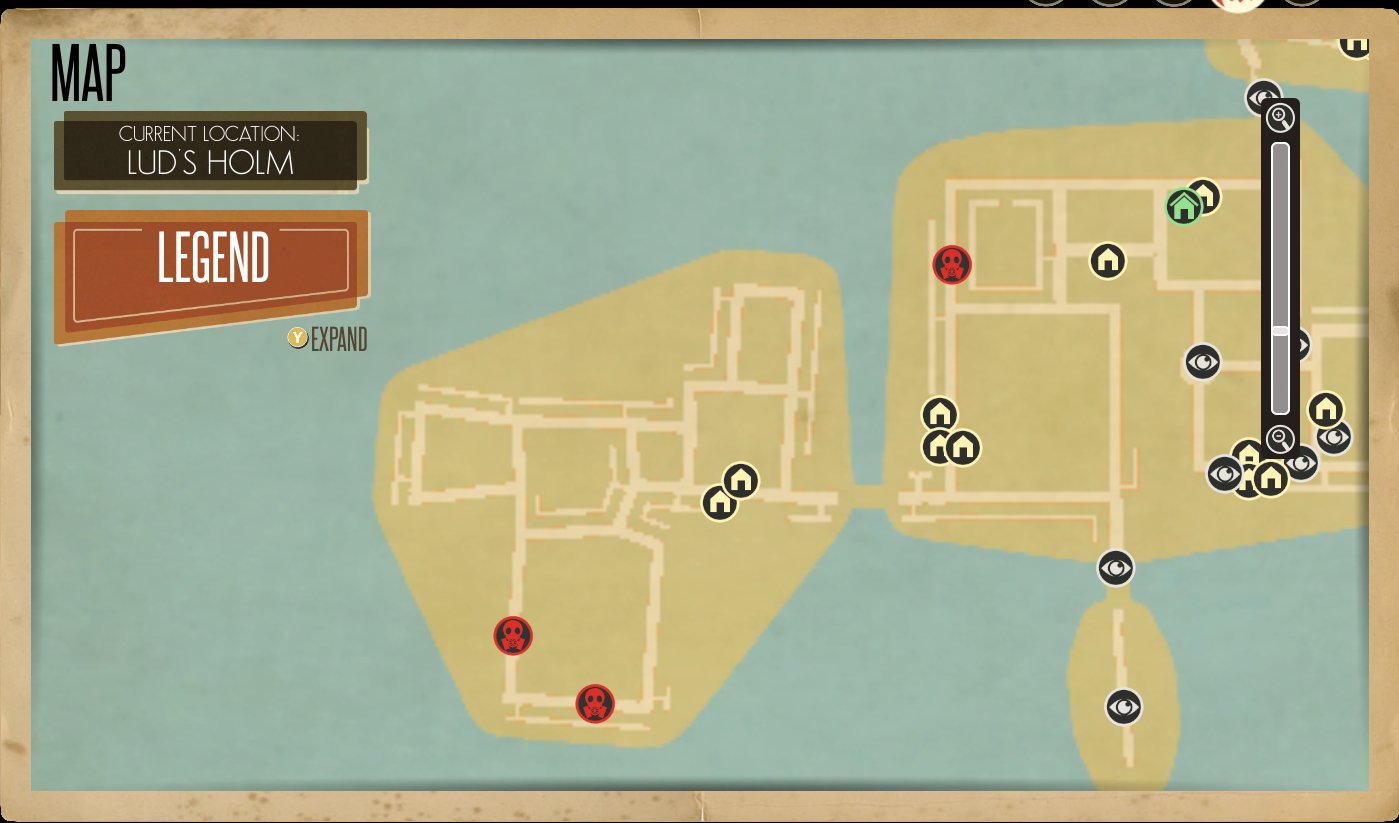 This week I worked in a new location! Can’t tell much about what’s going to happen here but I can show some parts of the encounter (: 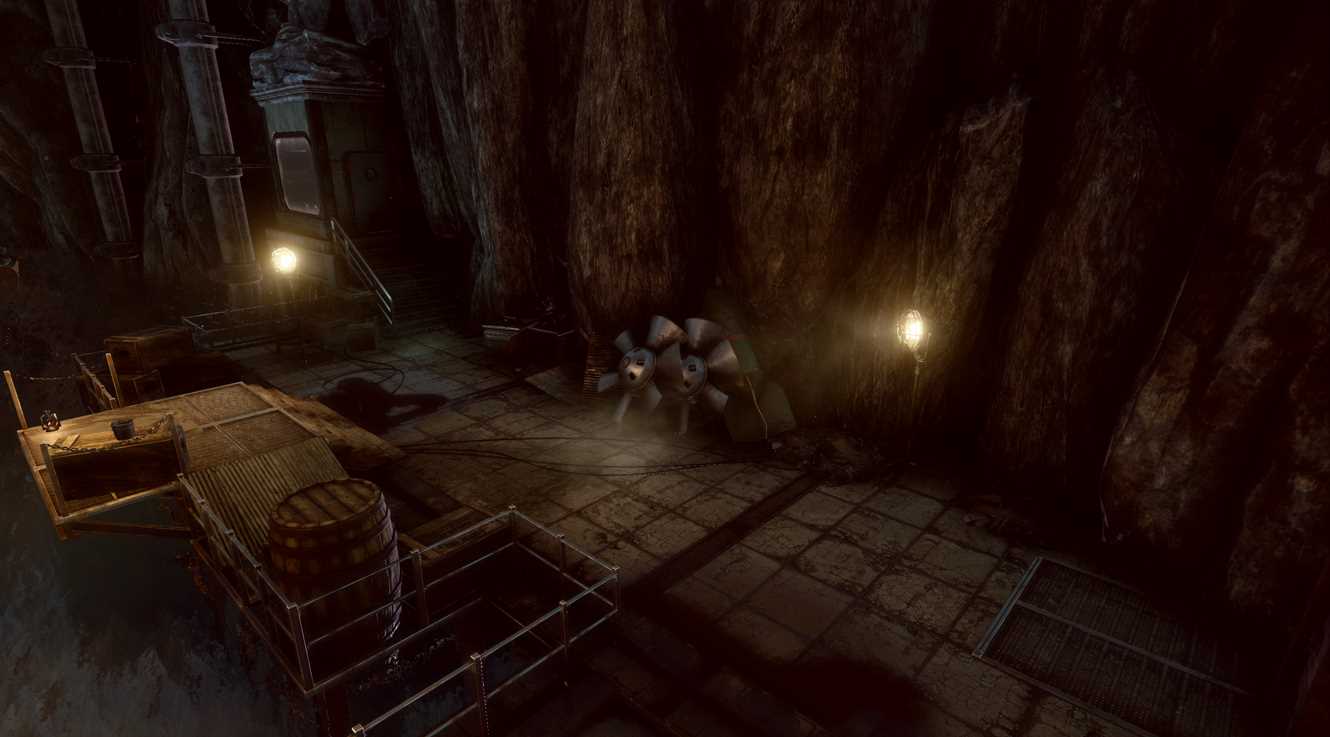 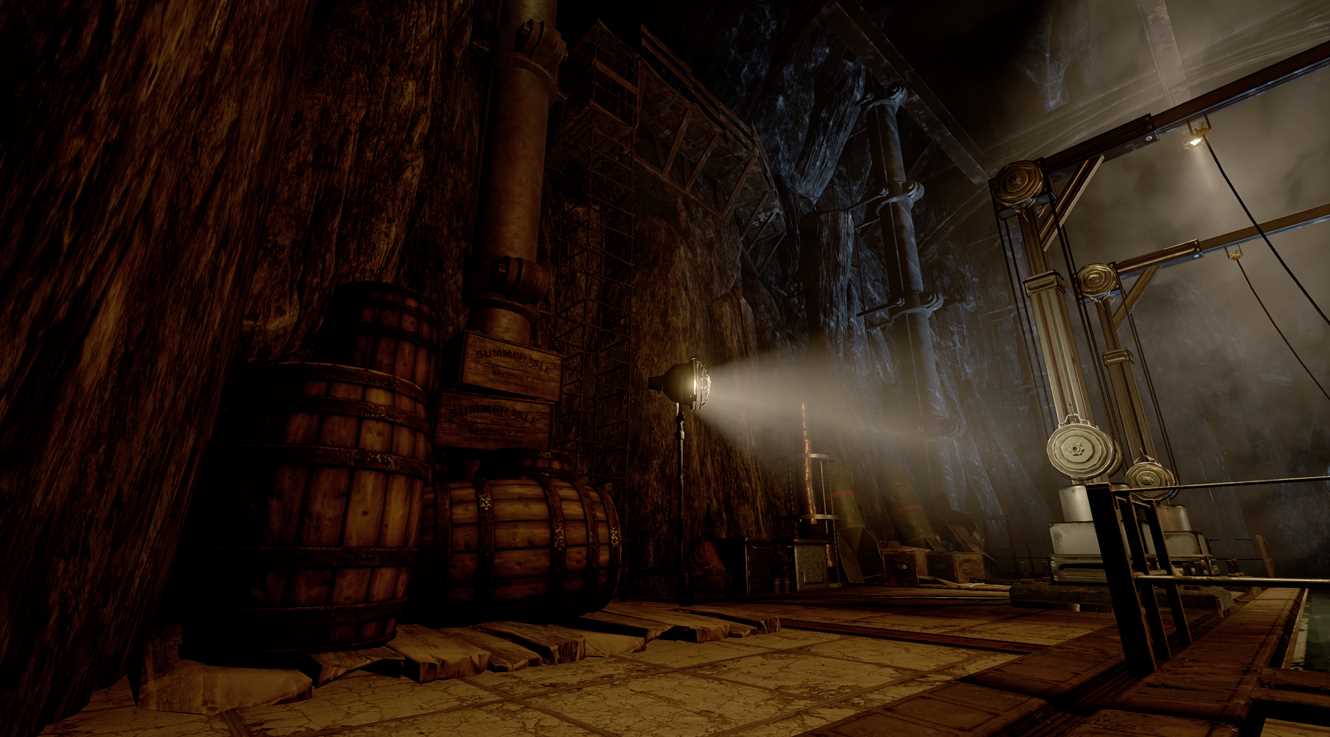 Hi guys, it’s been a while since I posted something here. I’ve been mostly working on story locations and I didn’t want to spoil it for you. But this week I felt like sharing a little bit of what I am working on without showing too much. I still want you guys to have the surprise when the full game will be released. 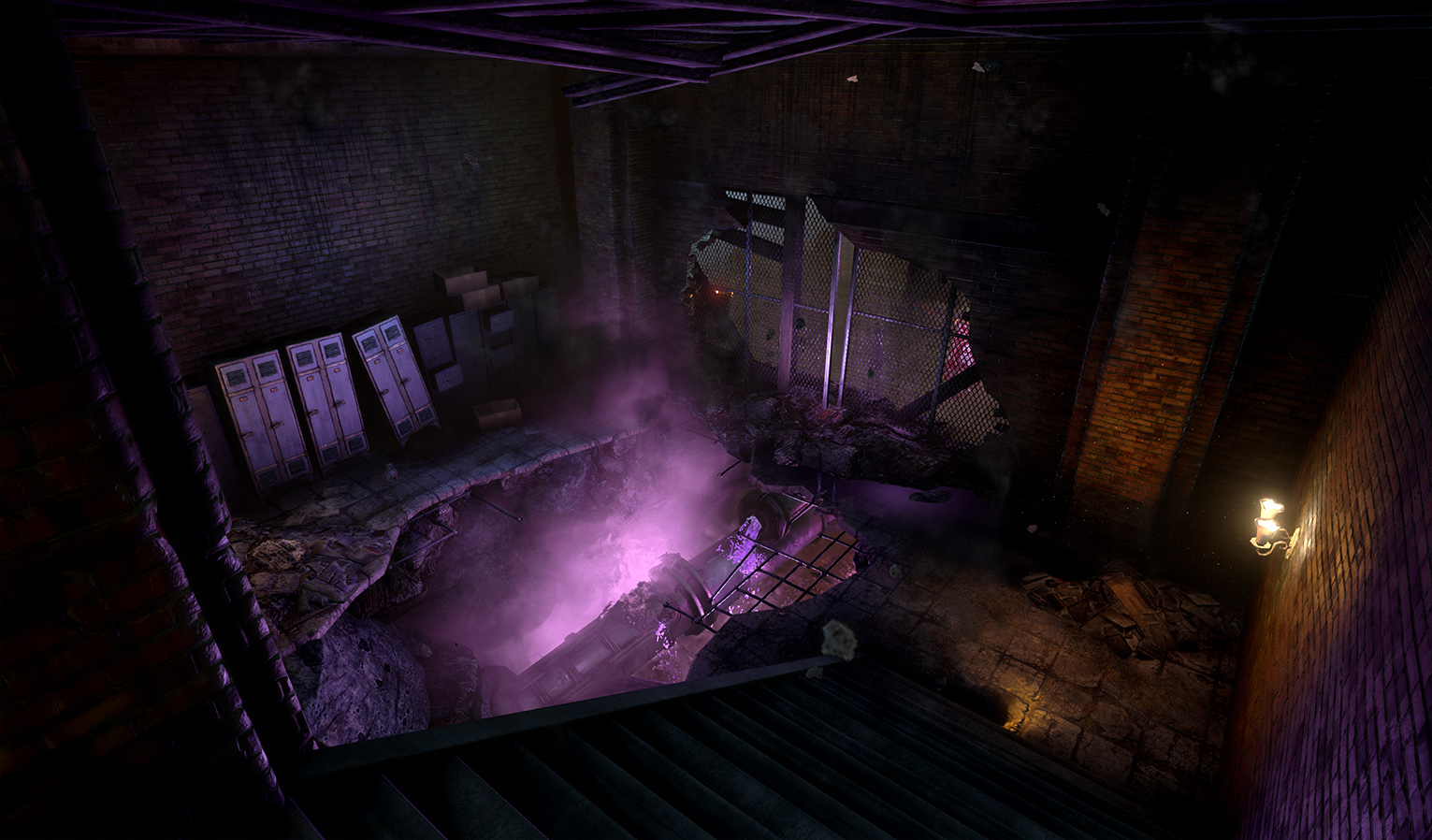 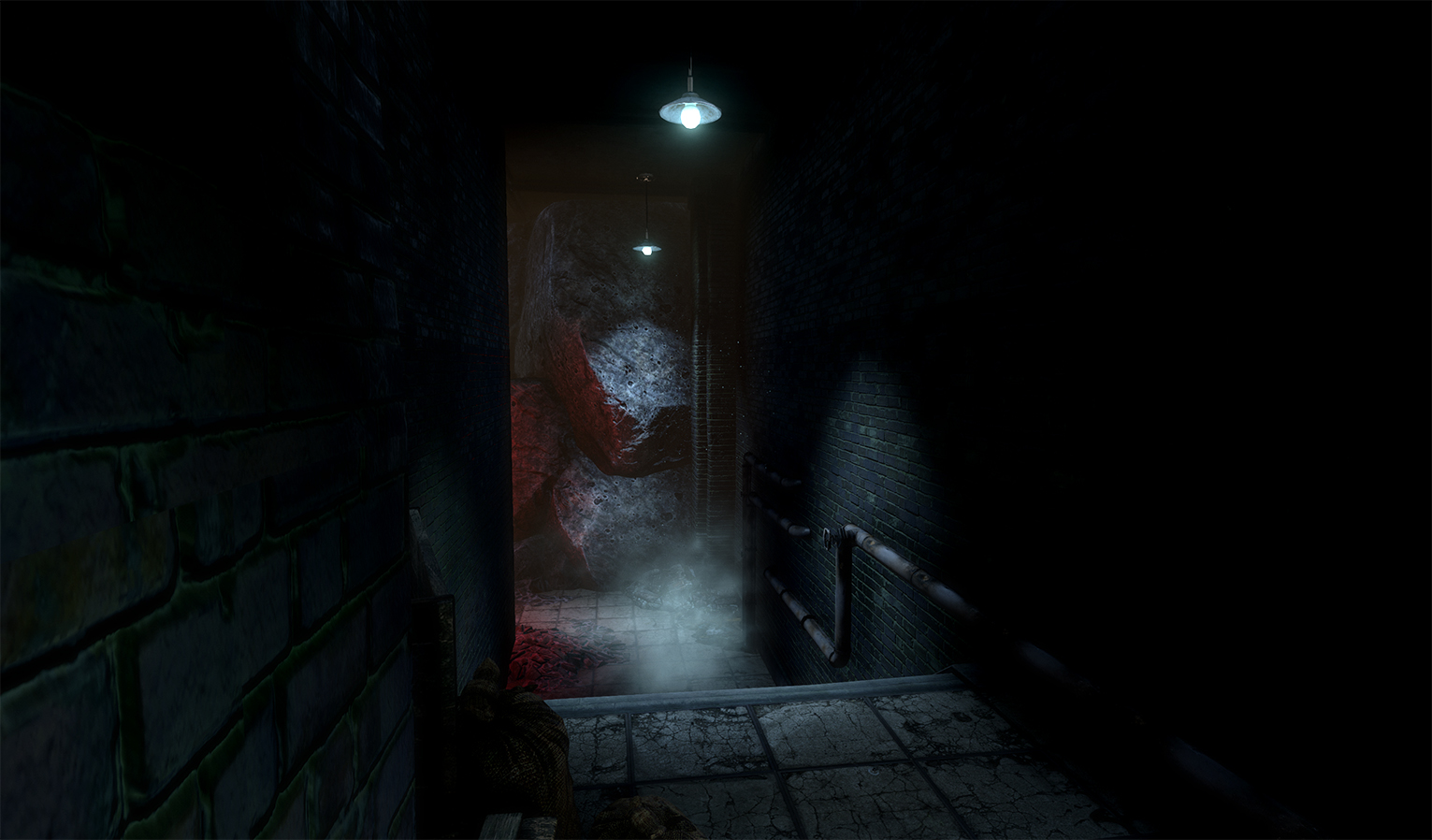