We are in content lockdown mode right now, as we have lots to do and prepare for the August update! This means we’re touching up all the final content issues (eg missing status effect icons, lighting changes, final features, and optimization.

That being said, development is currently pretty crazy, because of the huge changes we made to AI and the streaming system that Guillaume will hopefully one day talk about. Eg, we’ll be testing an encounter, but discover that with the new system, every encounter in the game will break if you walk away and come back later. So that poses quite the challenge for testing the game. It is very common in game development to make a change to the game that breaks everything but it is (almost) always for the greater good - in this case, improved AI and reduced loading. In particular, the next version of the game you play will feel more different than the ones before it, because of major changes to conformity! It should be much easier to understand what’s going wrong in the next update.

We also received some FANTASTIC pictures of a We Happy Few cosplay group this week. You can find the full set here. Here are some of our favorite pictures, aren’t they amazing?! 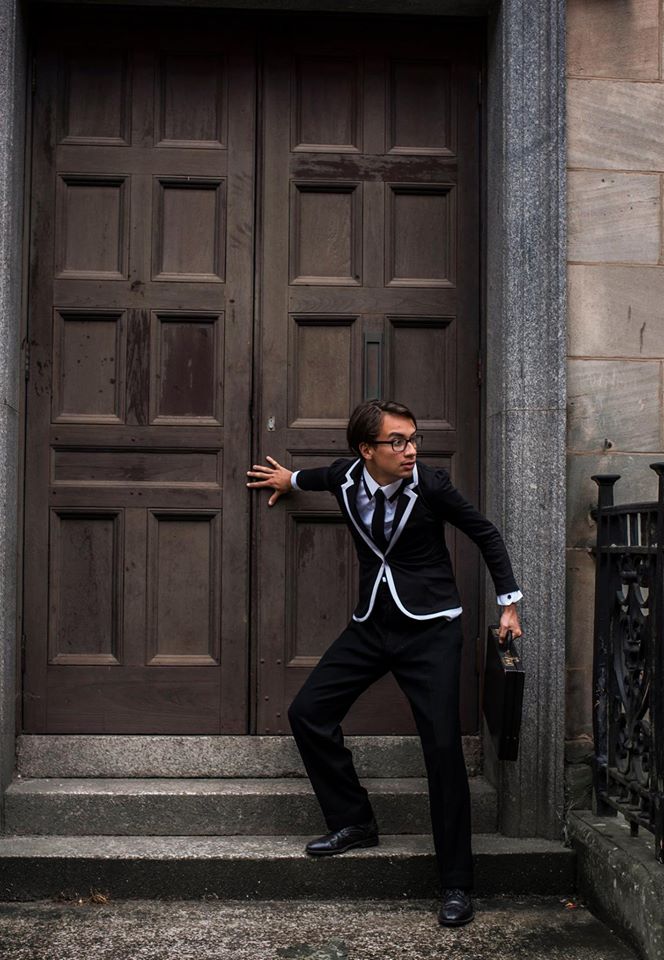 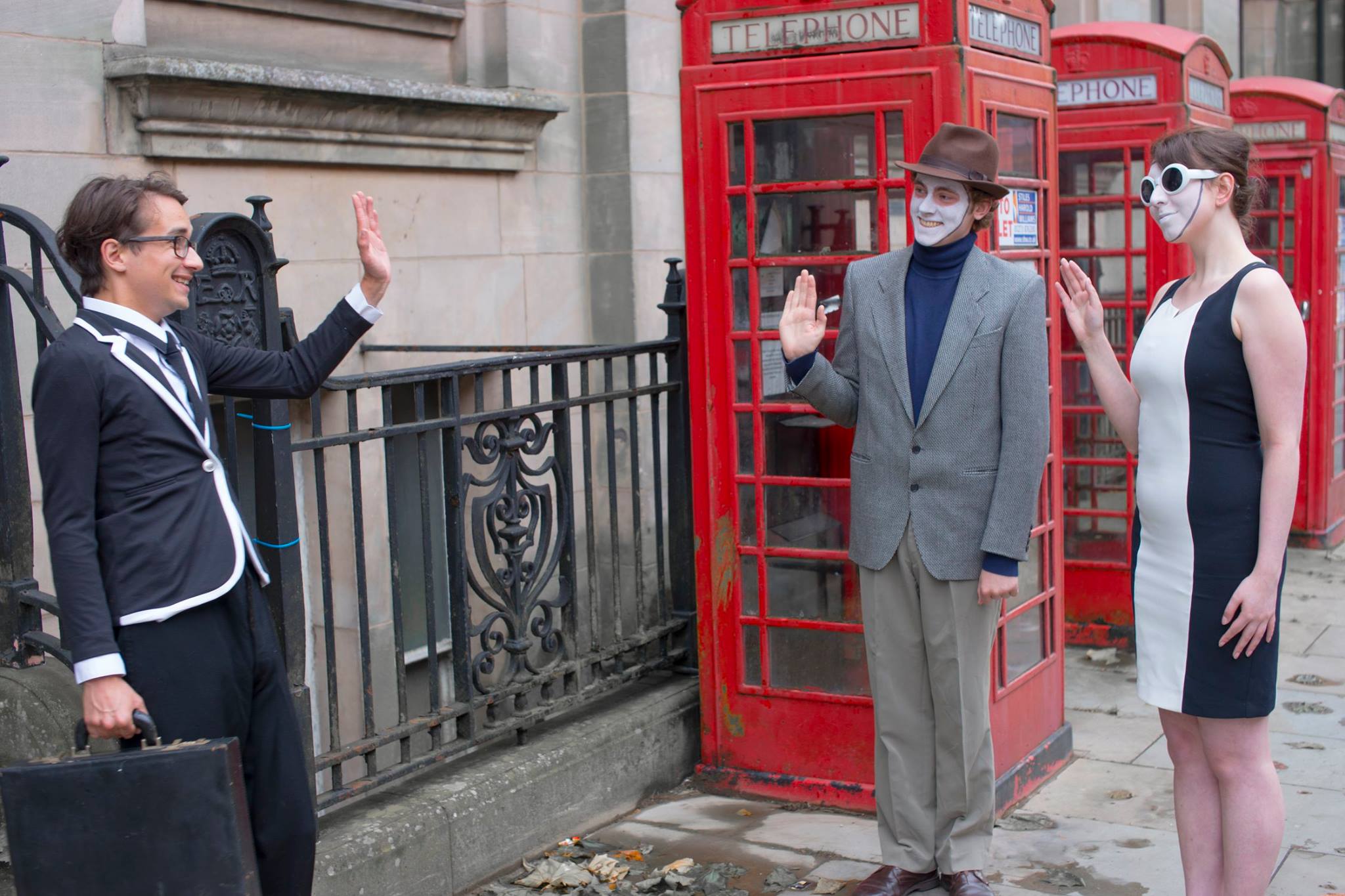 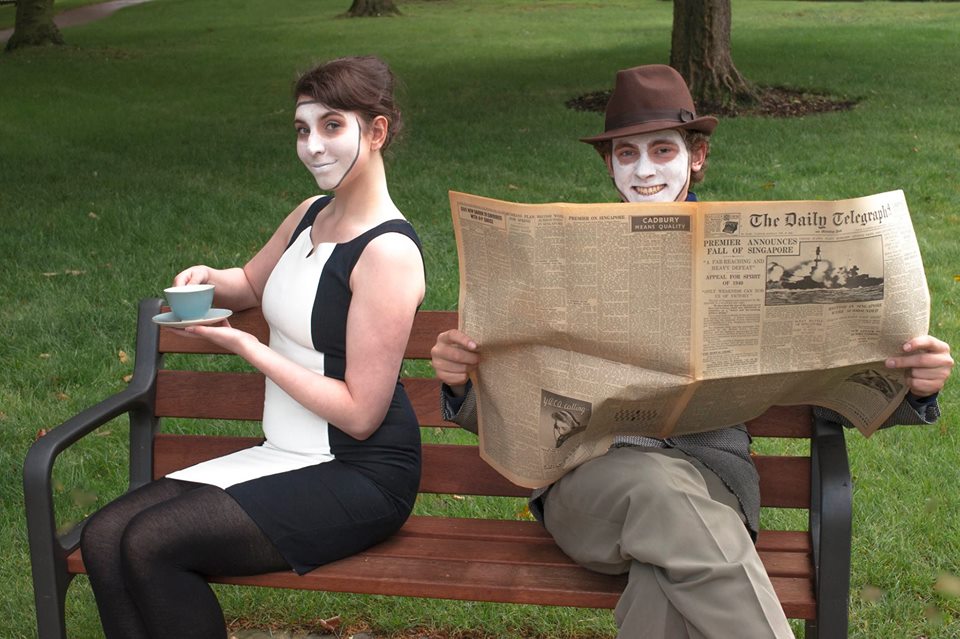 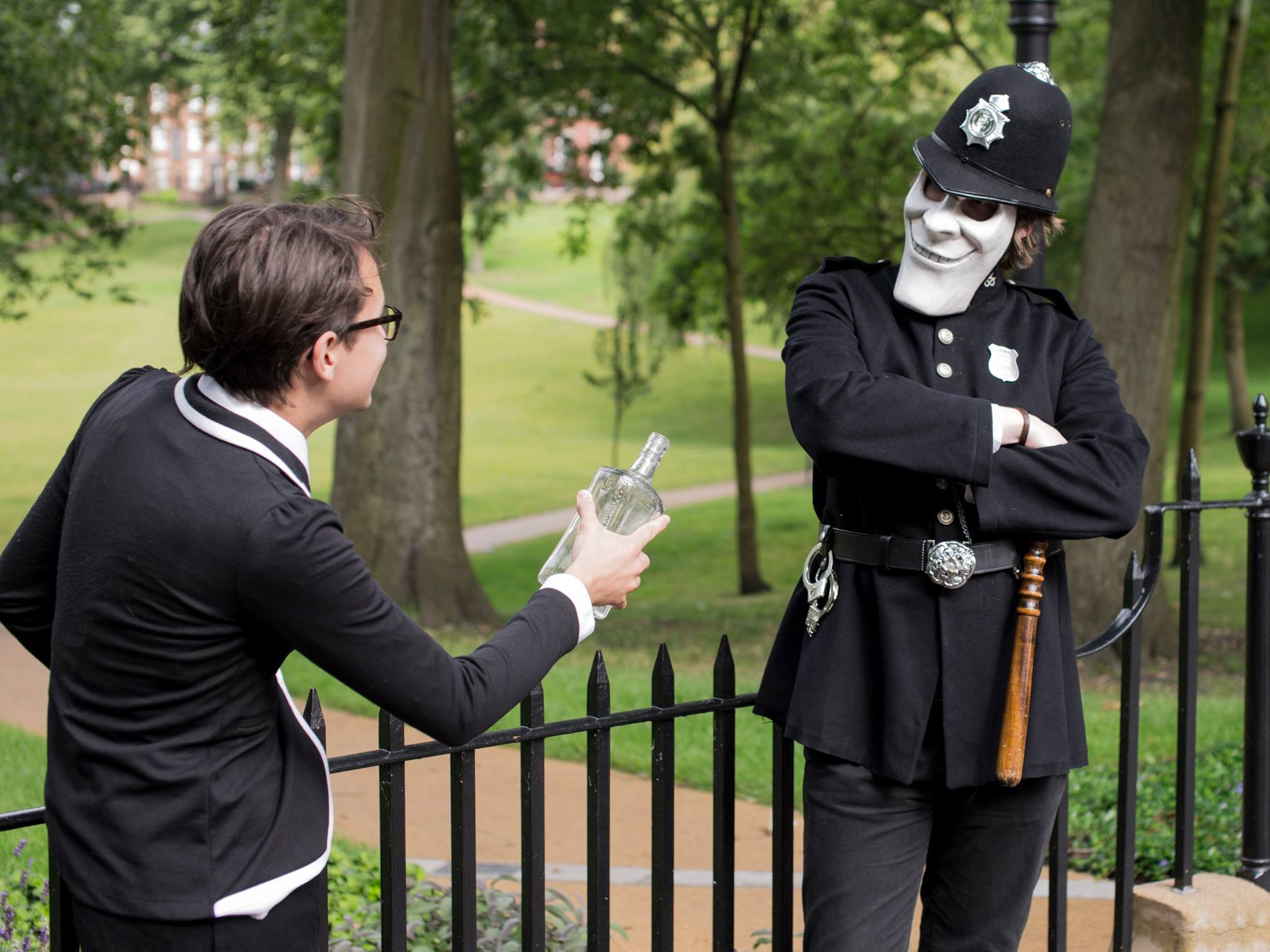 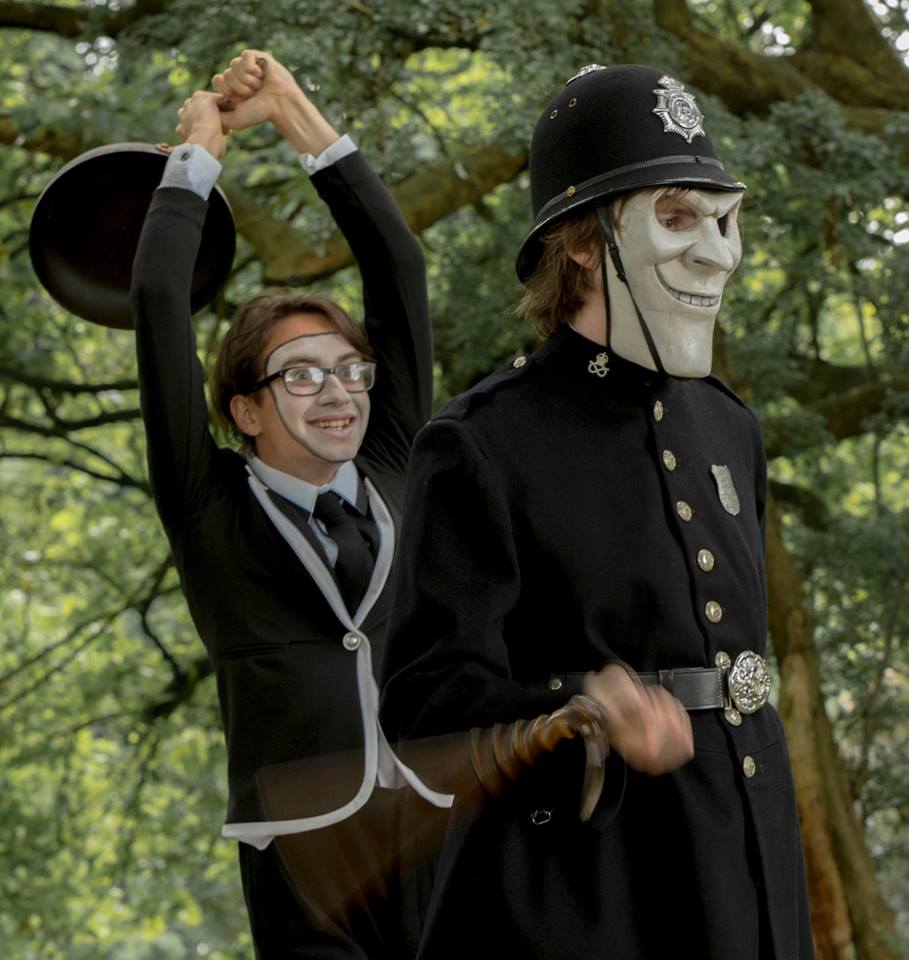 I fixed quite a lot of bugs this week. Some on old encounters, some on new encounters. I also worked on a major location for a story character.

I also tweaked Teslas a bit. Some of the ranges for detection got bigger, some got smaller. Some (ok all) do more damage, but most important… there is more leeway time between each zap. Also, there is a 5 second “charge up” delay after 3 zaps from the tesla TV before it starts zapping again. This should hopefully remedy the annoyance of getting caught in a stream of electricity and never being able to get out.

Hello everyone, this week was another bug fixes and rigging week. I finally got most of the props and character rigging done. Only a few left (for the whole game!) where I’m waiting on the art team to send me the mesh. I also worked on the rigging of the Female NPC in the Parade district! I skinned, rigged and imported her into the engine, but unfortunately, my home power supply broke... I was almost done and ready to make a video to show it to you guys, but it is a bit harder when the files are on a PC that I can’t open anymore :(

For the rest of the week, I generated all the FaceFX animations I could get! This is a priority that shifted a bit earlier, since our programming team will be optimizing the game in the upcoming weeks. They needed to have all the facial animations and audio to do their work properly with the “real” data. If they optimize the game missing a big chunk of data, they’ll most likely have to redo it a second time to take the new amount in consideration. Our programming resources are quite precious and wasting their time is not a good idea :)

Oh, and one last thing. I brought Leo in the office today! He certainly brings lots of love and fluffiness to the office. Have a good week! 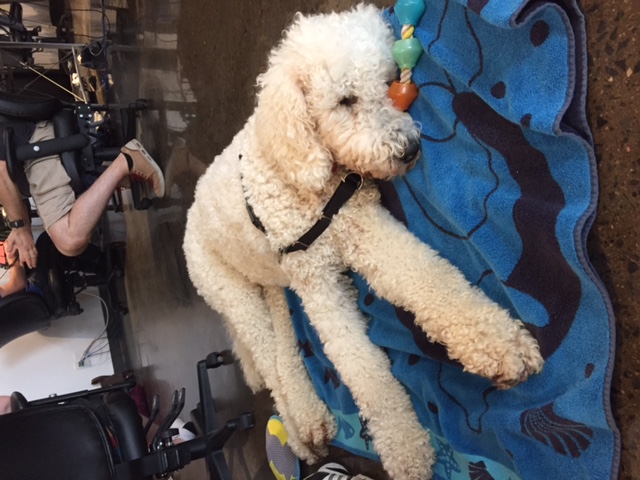 Hey there folks! So it’s been a great week here and pretty productive on my end. Worked on some encounters that made me laugh, and hopefully will make you laugh too and started on a thrilling (story) cinematic sequence. There are thrills, chills and a rough landing. I’m hoping it’ll get your heart pumping and the keep action going, John Woo style. Can’t wait for you guys to experience it. That’s it for me, catch you next time, same bat time, same bat channel!

Hi! This week I tackled a lot of different tasks. Mainly fixing animation bugs in Faraday and other quests, and improving future interactions with constables for maximum immersion. Also I made some death animation, which is always kinda funny!

As we get closer to the next update the bugs are rolling in, and they all need fixing. Sooo, it's a busy time, but bug fixing can be very therapeutic, especially when you’re laying bugs to rest that you’ve had to look at for ages, while working on new features. Now they’re off to the big JIRA in the sky. I added in a new status effect logo to let you know how much time you have before you die, once you go into the critical state. It’s been a morbid week.

I’ve also started working on a telemetry system, which we can hopefully get into the build soon, to help us start balancing the game for the final release. Basically this means we’ll be tracking stats in the game (eg how many people you killed, how many people play on Birdwatcher vs Downer, etc), which is information we don’t have right now. But don’t worry - we won’t be collecting any personal information.

I am exploring a way to make the urban areas more organic, more natural. This week, I have a new city layout where blocks are added as needed, each block stay rectangular (for now) but the overall shape of the city feels “built” over time, instead of being just born fully shaped from the skull of a developer.

Not much to show this week unfortunately. I've spent the bulk of the week working on optimizations, some successful but many attempts not making much of a difference. The goal is to improve the Xbox One's framerate with as few compromises as I can. I'm currently in the process of reworking the texture streaming code. If I'm successful, everything should behave the same but the game will be running faster! If I fail... well, I'll just revert the code and pretend it never happened. Have a good weekend!

Crazy productive week doing again a little bit of everything. Finish another encounter (see below) and helped Antonio with thousands of little and big story props. Heavy week for everyone in the team, but it's nice to see that everything is going somewhere. 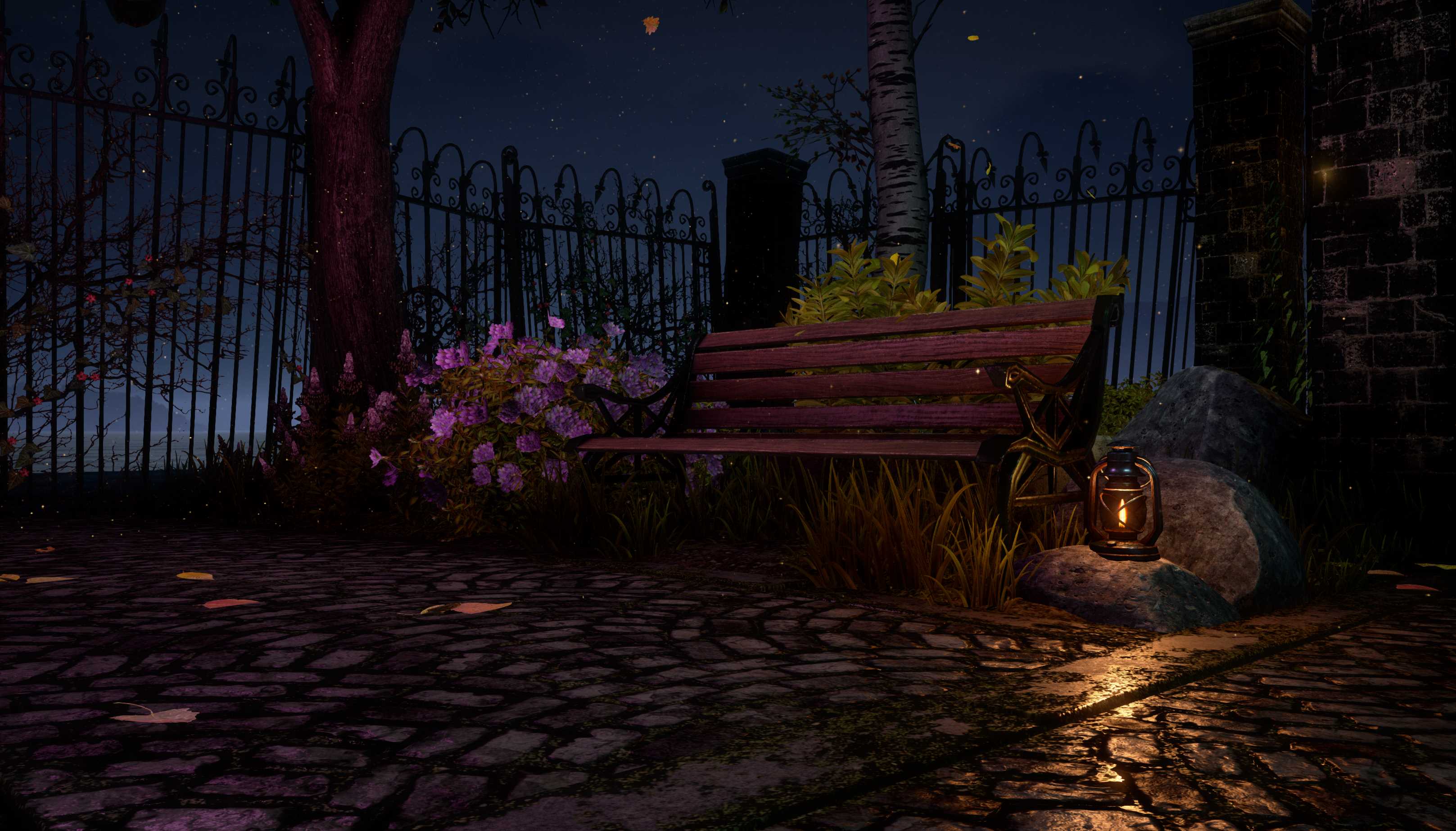 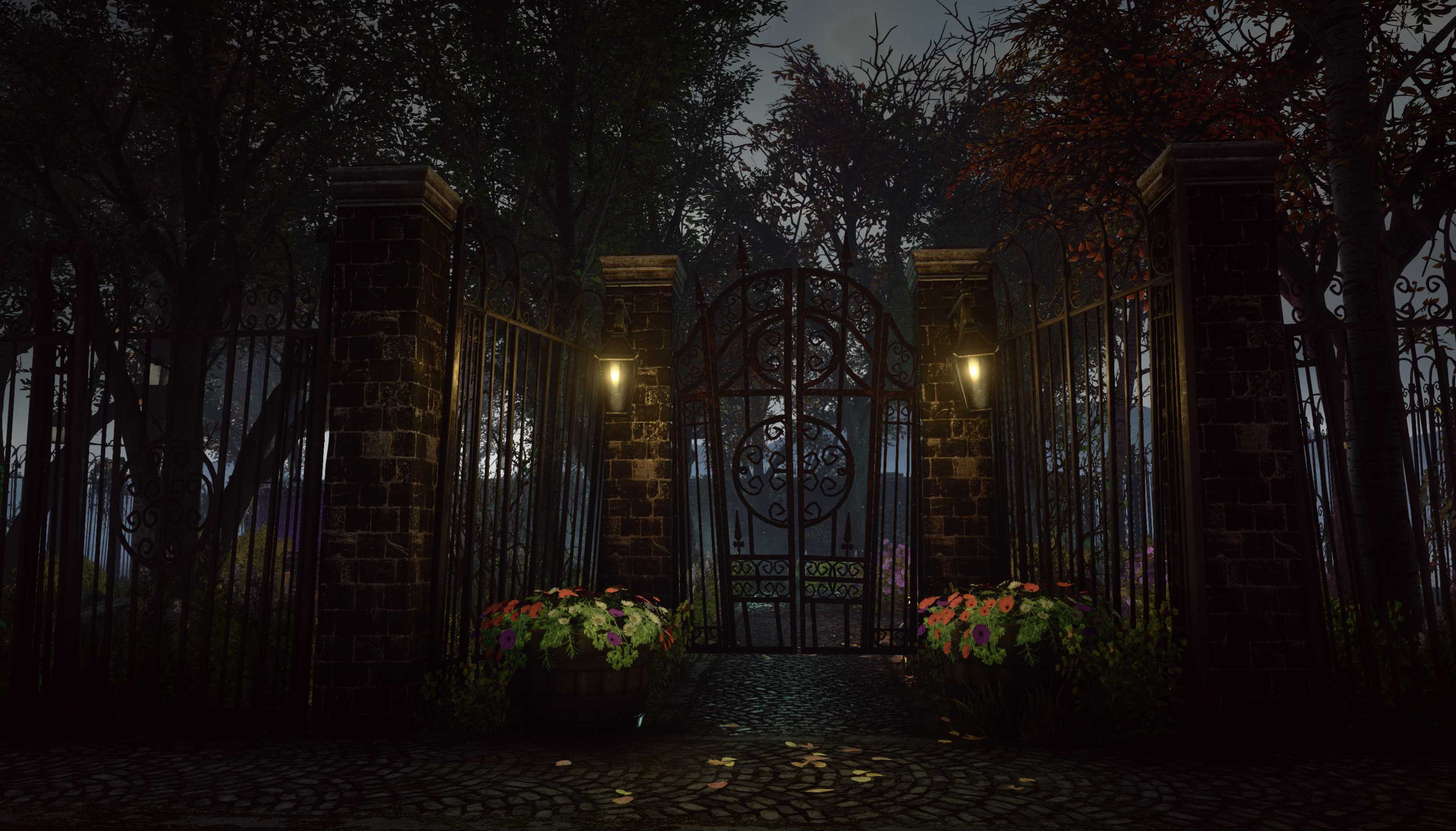 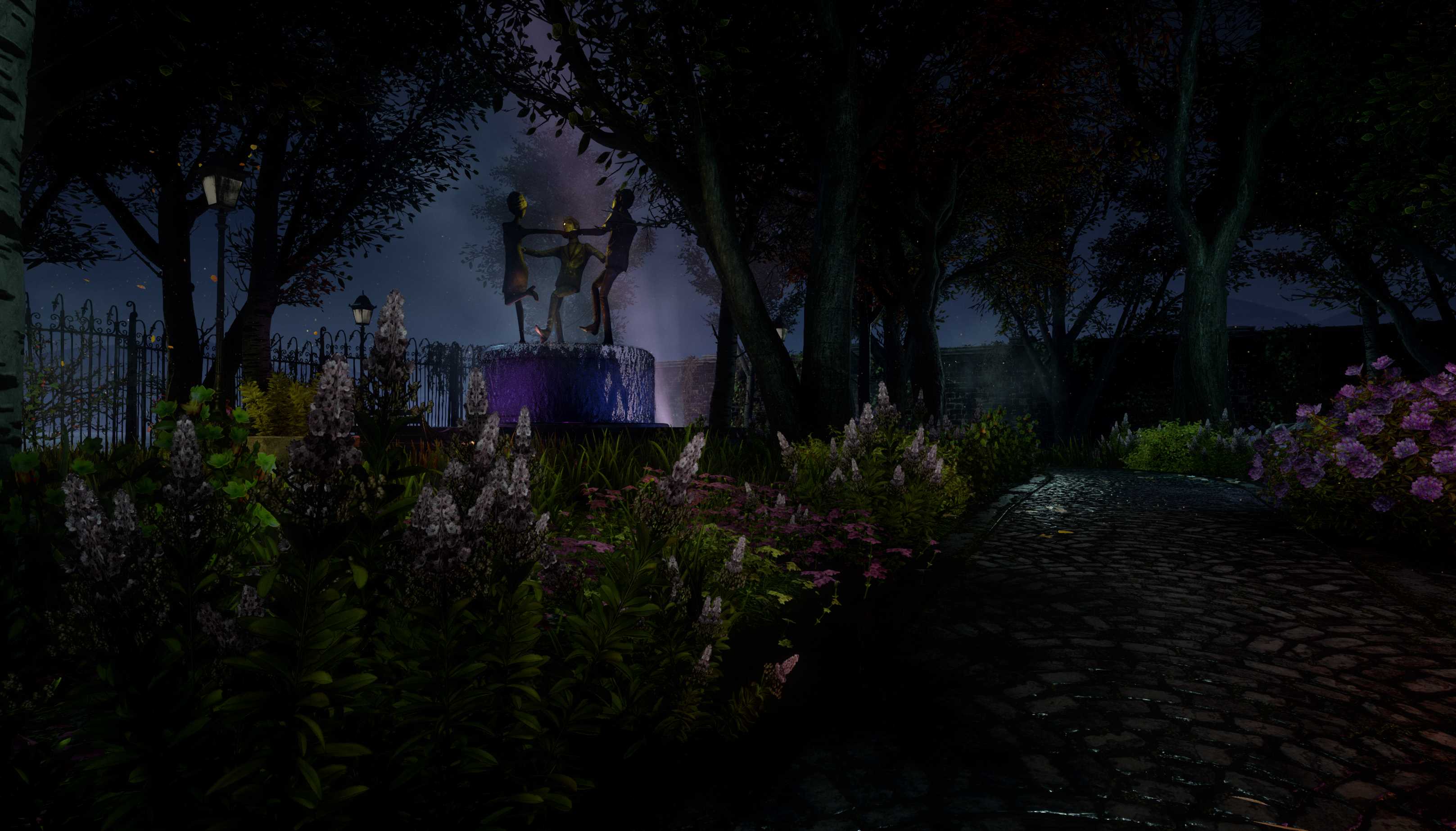 Although I haven’t posted in a while, I have been very productive. This past month, I’ve been working on a very big encounter for the new (final) biome, the Parade District. Creating such big locations in the allowed timeframe can be very challenging because there is a lot of work to be done to ensure that everything looks - and functions right. When I lay out a level, I look forward to creating interesting compositions and a meaningful story. It is important to me that the environment feels believable and to always bring something new to the game. And no, I still can’t show it yet! We’re keeping this encounter a secret from you guys until the very end.