As we approach summer, the team is becoming more and more aware of how much work we still have to do to ship this game, and our looming deadlines. It’s going to be a tumultuous few months, with us bringing on multiple new people (we’ll explain that next week!) across all departments (except art) to help us improve the quality and scope of the game.

In general, the content for our next update is looking great (and is now done), and we’re finding that our AI overhaul has been very successful but needs more attention to get it ready for prime time. We’ve also got some very exciting features coming in next week, which will dramatically change how the game is actually rendered. We might even get Guillaume (our CEO/creative director) to write about them! Watch this space next week. All this to say, we’re still looking good on late June/early July for the update, but we’ll keep you updated as we lock down the AI.

Here’s what the team has been up to this week.

This week has been continuing to bounce between inventory makeover and fast travel.

We’ve ended up redesigning our inventory redesign (hah) to try and reduce information overload, and give more space to show off each of the items in there.

It’s been fun trying to test the inventory stuff recently because a bug has caused the shopkeepers to be very aggressive. You really need to get in there and check that stuff is working before Stewart Adams starts trying to cleave you to pieces. 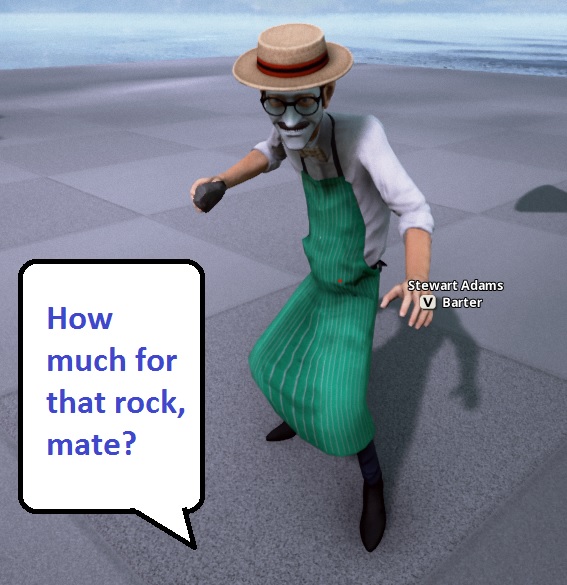 Oh, also, the sleeping interface has changed a bit! This is going to give you much more feedback about what sleep will do for you. Looks disgusting for now, but we’re gonna clean that up eventually. 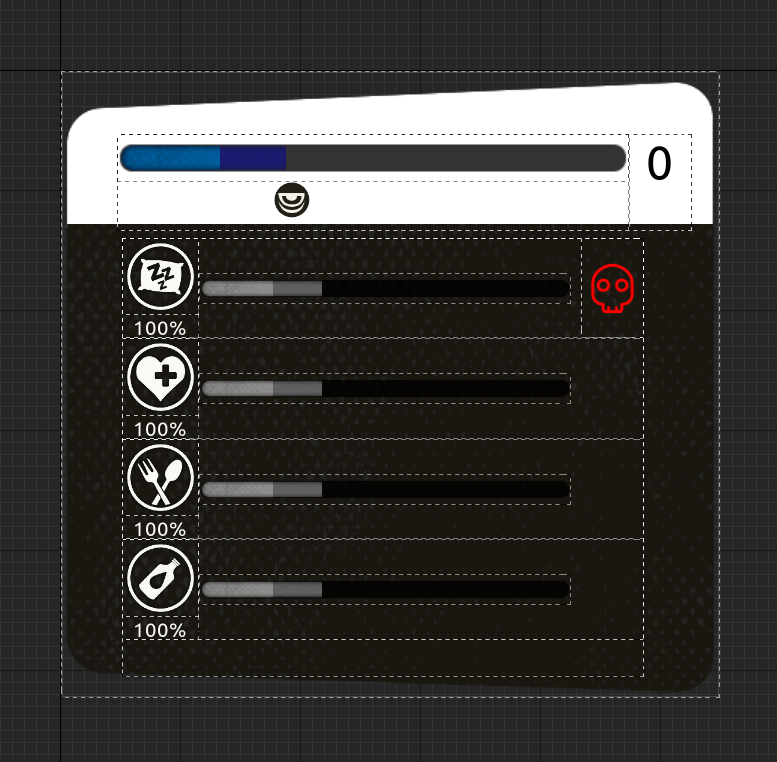 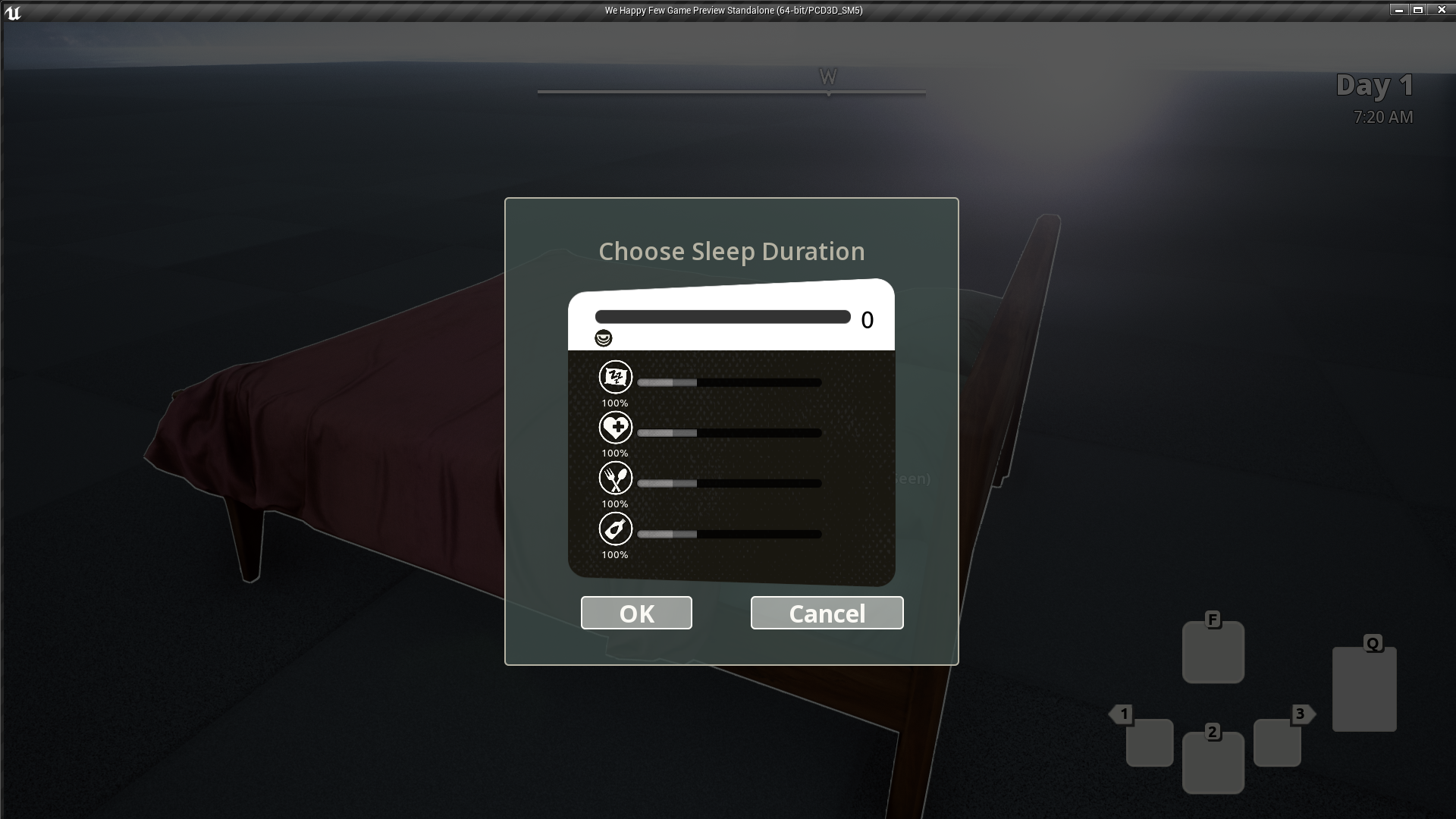 Hi all! Rob and I have joined the programming team this week and are excited to work on this game! We've been hard at work getting a UWP version of the game running for the Windows 10 store. We got Microsoft's branch of the Unreal engine with UWP support working on our machines and have brought over the changes into our version of the engine. There's still lots of work to be done, but it's been a productive week. Cheers!

Hello there ! Lots of work is being done on the story. I finished the blocking (rough event scripting pass) of the intro for our second character, and it’s looking really great! Very different from Arthur’s.

I also worked with Vincent and Michael to create feedback for the fast travel doors. When the player selects a location to travel to, Arthur will open the big metal door, walk down some steps and the screen will fade out. Arthur is basically using the maintenance corridors of Wellington Wells to travel from one shelter to the other.

Finally, I’m basically done with these underground jubilator shenanigans. Hope you guys like FX, explosions, and pressing buttons, ‘cause there will be some of that in here. Plus corpse throwing. That’s always fun. (Like Unreal)

Hello! This week was a debugging week. I fixed multiple issues for the game encounters as well as some rigging tweaks and fixes. I also got to skin and integrate two more arm variants - Arthur finally has a wardrobe! I got to test the wonderful work that Matt has done to allow us to swap the arms in real-time when we equip different suits. Testing these out and seeing the switch in-game is amazing and adds a lot to the immersion/believability to the game.

Here’s a little something for you to enjoy it as well:

Have a good week!

I got caught with some small tasks and fixing layout so I have not much to show but just one prop, made for the new shelter I'm working on! It's a little bit different from all the really creepy gory stuff I was making before but it was super fun to do it. 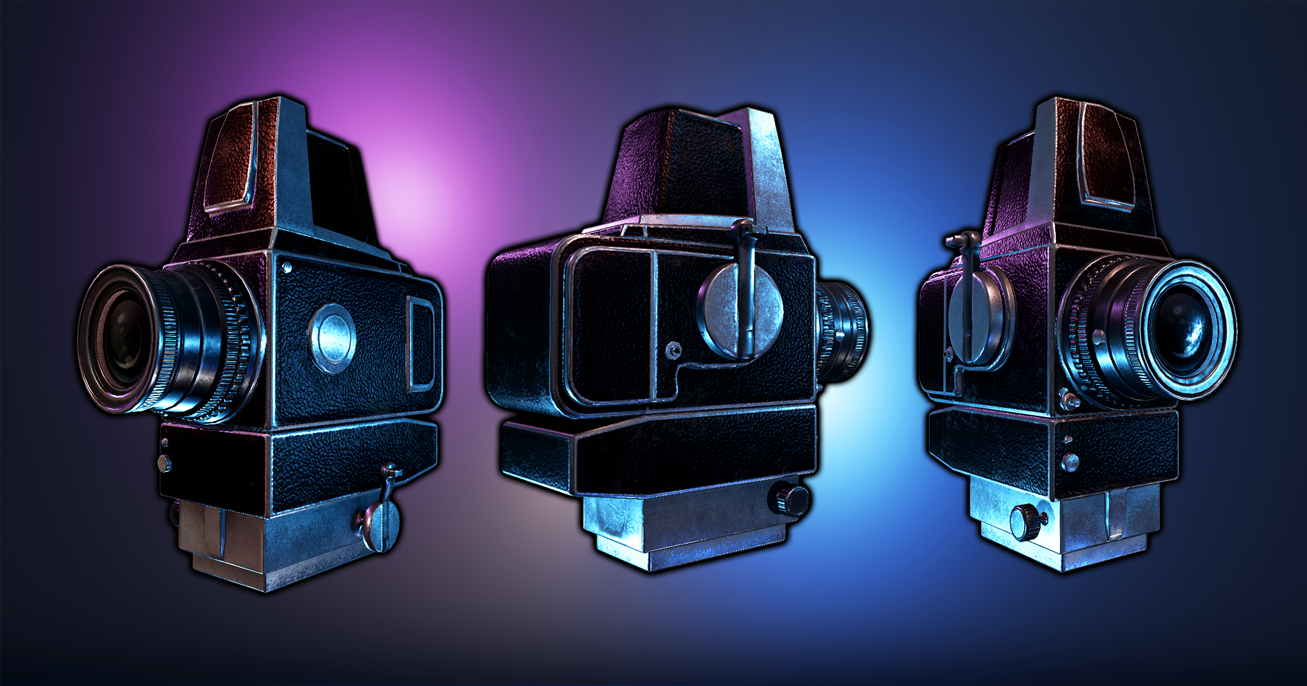 This week I finished tweaking last week's buildings. I fixed holes in the meshes and integrated them to the world spawner, so they now spawn in the Garden District. I also added a building with red bricks. In the next update, hopefully the Garden District will have more variety and feel more like a real place.

I also integrated multiple of Sarah's signs for the butcher's house as well as the pub, where a blueprint randomizer allows for different names and illustrations. I did a broken version of the Joy mask to be used in the TV Altar encounter. I did a butterfly net and foxglove flowers (before and after loot versions). I took multiple screenshots of our world with the new Joy. I fixed a few bugs. So basically, I did a lot of small things here and there!