We hope that you have been enjoying the Maidenholm Update! We’ve had some great feedback so far, which we’re looking forward to working on.

This week’s journal is a little lighter on the development side as most of the team is either on story content or fixing bugs, but it is heavier on the production side!

Xbox players, we have just completed a couch test on the Xbox build (one where we sit down to figure out what else needs to be done on performance), and we may finally have a date in sight. We are hoping to release the Xbox One update next Friday, but we will confirm this early next week. This date may change, but we wanted to give you something. Likewise, the bug fixes, changes and optimizations we have made for the Xbox build will be converted over to a content fix for the PC Maidenholm players around the same time!

We would usually have a video for you guys today, but are working on a 3 part series, 1 and 2 of which should be available next week. In the meantime, a few months ago Autodesk passed by our office to film some interviews, and we received the first out of a three part series about the studio and We Happy Few earlier this week. So, if you are not too tired of hearing us ramble about the game and want to see more of the studio, you can check the interview here.

In other news, you may have heard but last Friday we posted the news that a We Happy Few movie is in the works! We’ve partnered with dj2 Entertainment and Gold Circle to produce the movie (DJ2 are also working on the Life is Strange and Sleeping Dogs adaptations). This is of course very exciting news, and you can read the full article here.

But, we want to clear up a few things. This in no way affects the development of We Happy Few. Movies take years to make and by the time we release the game, there might not have been any further news about the project. In fact, a lot can happen to a movie from this point onward. That being said, we’re still really excited, and we’ll be doing our best to help this project succeed.

As we near 9 months spent so far in Early Access, we’d like to give you a short roadmap for when and how We Happy Few is likely to be finished. I’m not going to mention dates today, because as you know these always change, but I can give you a rough snapshot of what we plan to do as we approach launch.

We are planning two more major updates (like the Clockwork and Maidenholm updates) before 1.0:

- Next update: major theme is Joy and conformity, with an AI rework, UI overhaul, and some fantastic encounters in the pipe.

- Next + 1 update: this will bring the Parade District, the final island in Wellington Wells, improved world generation, and more encounters.

- 1.0: this will bring the stories of our three characters, plus a bunch of other surprises.

As I mentioned last week, these updates are on a roughly 3 month cycle, and we’re currently part way through one. I would expect the time to finalise 1.0 to take longer than a three months period.

You may be wondering “what happened to the 6-12 months in Early Access!” Well, release happened, you guys happened, and our plans had to change. The early feedback we received was overwhelmingly convincing - we needed to spend more time on the systems underlying the game, particularly the ones that dealt with encounter stability and storytelling, to get the game where it needed to be. This culminated in the Clockwork Update in December, which meant that those first 6 months were spent on work we hadn’t anticipated. While we hope you agree that the Clockwork Update was time well spent, that added roughly 6 months to our plans.

As you can see, this is one reason why developers are reluctant to share dates. Things never go as planned in development. That being said, we hope this helps give you an indication of where we’re going, but please do remember that this roadmap is not a promise. While we’re confident enough to put this out there, it is very likely to be revised and will change over time. We’ll keep you updated as we go.

Most of the animation team is on story cinematics this week, and it’s going quite well. Some cinematics are finally getting their last polish phase!

Fortunately for you guys, I still had a day early this week for some rigging work. I got to do the final tweaks on Arthur arms and did some RnD for twist bones. For those who don’t know what twist bones are, they help with the deformation of the mesh around articulations. It’s quite common to have them in games nowadays, but we didn’t have them on the first person arms until now. Why? Simply because I wasn’t there when they were first made! So since I was already working on the arms, might as well spend some time on twist bones! Now, the issue is that we already have tons of animations. We had to be careful and do some tests before implementing them. We need to make sure we’re not breaking anything. And this is where I ended up finding a very useful node in our animation blueprint that does exactly what we need! This node procedurally adds rotation values onto a specific bone (the twist bone) relative to another (in this case: the wrist bone). That means we get to have this nice deformation on all our upcoming AND previous animations. It is a big relief for us in the animation team, since we were constantly constrained by the maximum rotation we can apply on the wrist without breaking the mesh. We always had to find creative ways of twisting the arms, hands and shoulders to prevent the issue. We can now animate in peace without having to worry about it.

Here’s a little gif to illustrate the difference between twist bones and no twist bones:

After several weeks of feverishly writing encounter dialog for the current sprint, this was my week to sit with the level designers and make sure the dialog I wrote has something to do with the levels they’ve built. Fortunately, it mostly did. Thanks to folks’ reaction to the rat piñata, we will have a really amazing, possibly quite alarming, encounter with Reg Cutty, our Butcher. You’ll also have a chance to hear what Doctors say when they think no one’s listening. And we’re starting to work up a carnival ride through the Doctor headquarters in the Parade District (although you won’t see this one for a while).

It’s taken us a while to smooth out our production process, but we’re building encounters much more quickly these days, which means I’m writing and recording quite a lot more. Fun!

I’m also pondering giving a talk at MIGS… but I have to figure out about what? I have some ideas, but it’s hard to know what other people don’t know. Any devs out there want to know something about what we’re doing here, technically, with our narrative?

This week the art team spent some time optimizing our 3D models, so that things run well on low end systems. Big part of the week was about that, so with the time left I had the chance to finish my prop from last week. As you can see the prop went through some changes, this is because in the making I was bouncing ideas with Remi, and after a bunch of test in game this was the result. 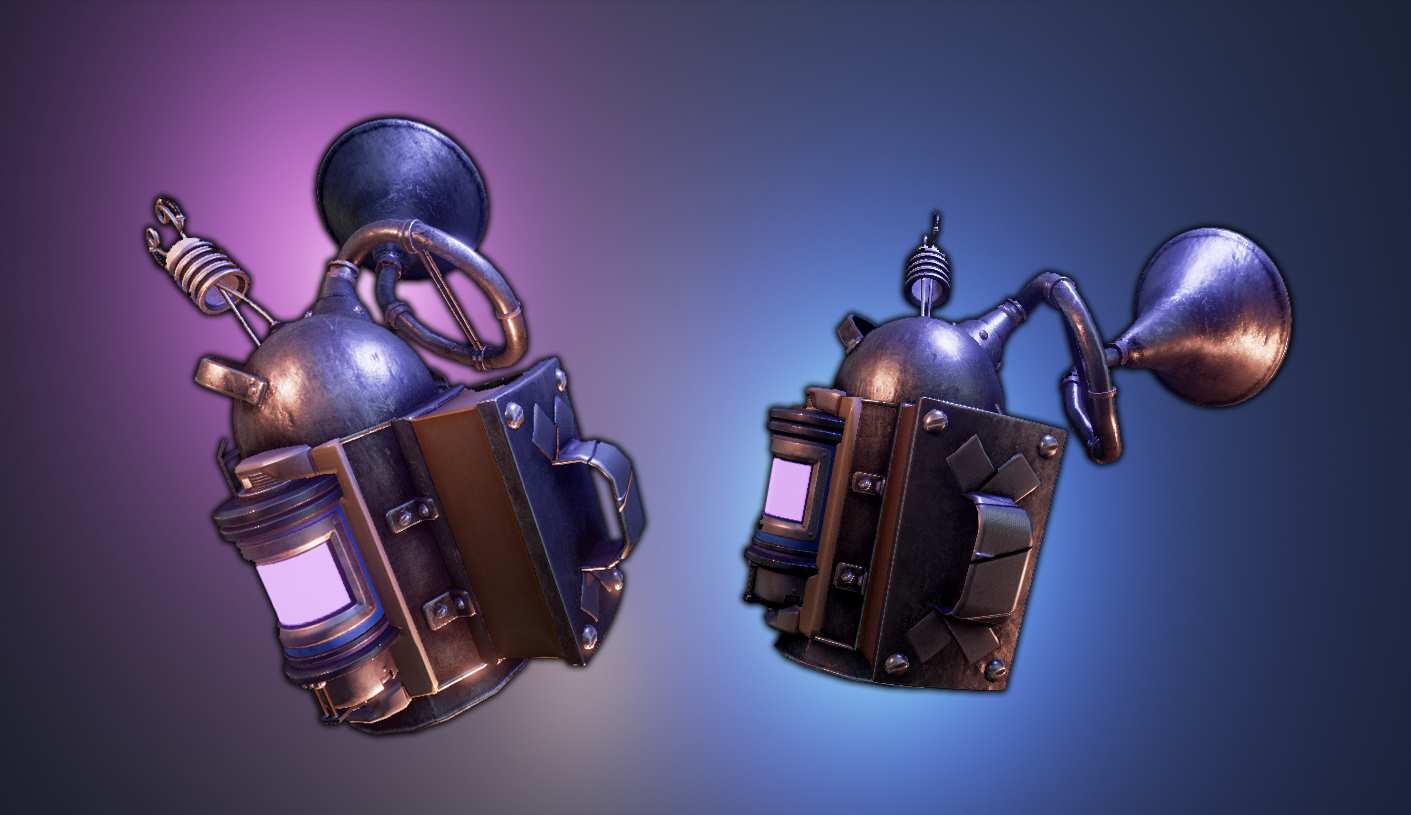 This week, I spent a good three days in hell optimising encounters. Notably, I went back to Nick’s house to heavily decimate the scaffoldings. The amount of polygons for them decreased more than tenfold. I’ve also merged all the little pieces of scaffolding together to reduce the amount of elements in the level, reducing the amount of draw calls (which always is a good thing). I’ve also merged the level building’s exterior and interior shells together. I also got rid of a few very complex lights in the scene, that impeded performance. 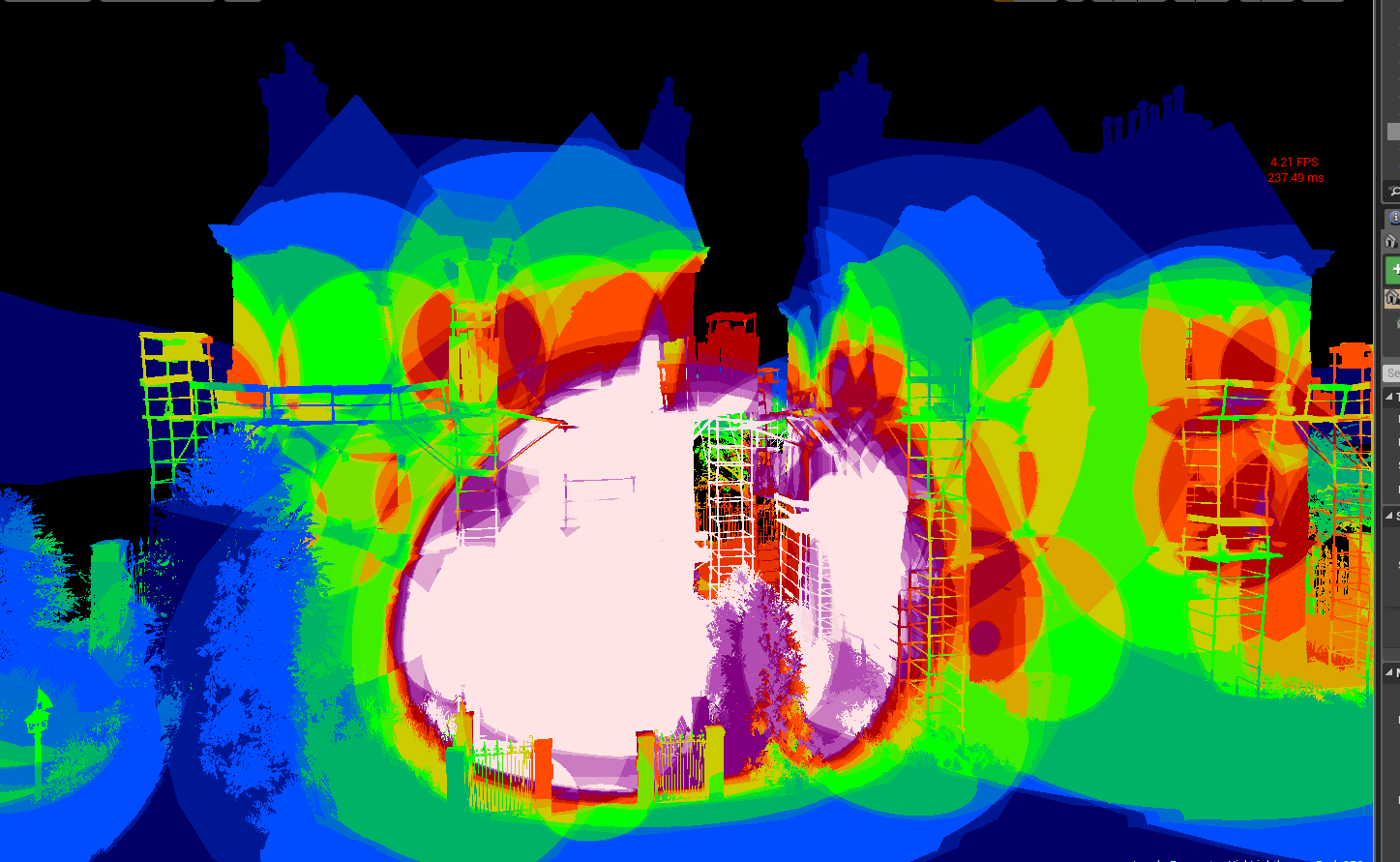 After that optimisation, I was able to get back to creating some masochistic machines. It’s scaring me. I’m really starting to wonder where David gets these sick ideas. What are these machines going to be used for? I’ll leave it to your imagination. 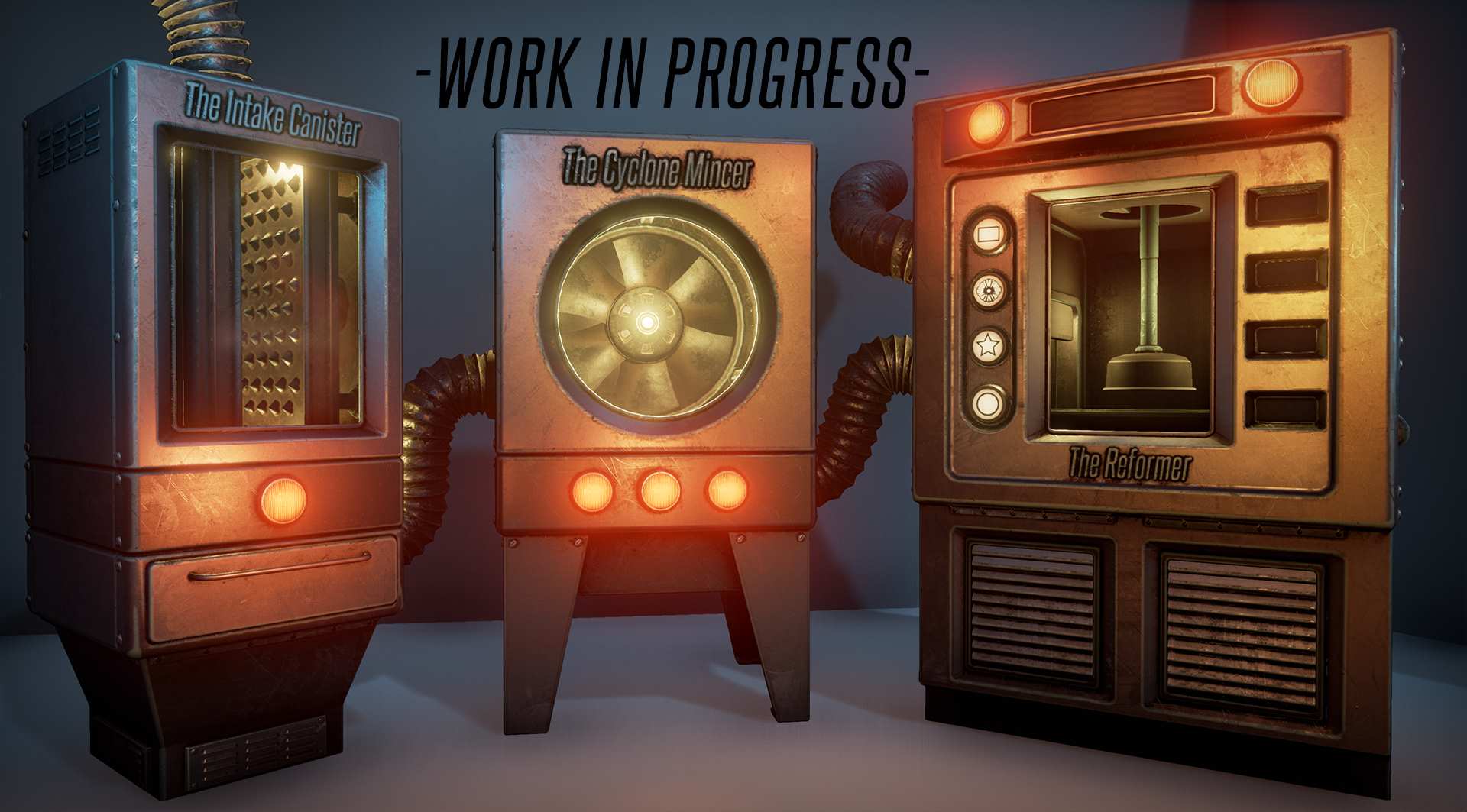 This week and the last I’ve been working on a new underground place. The idea behind this underground is that the Wellies found and restored an old underground to build a high tech facility. Bare in mind that it’s still very work in progress. Have a nice weekend! 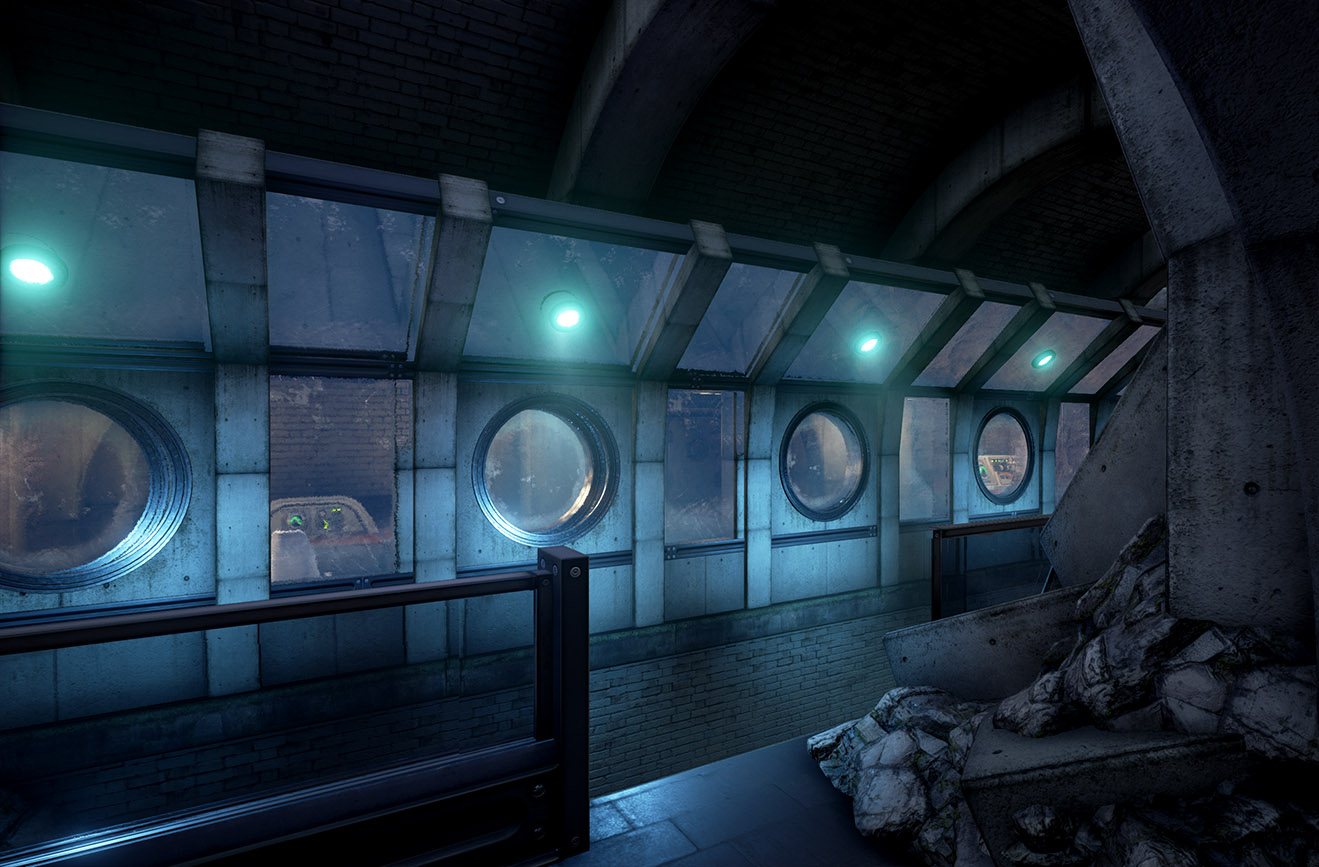 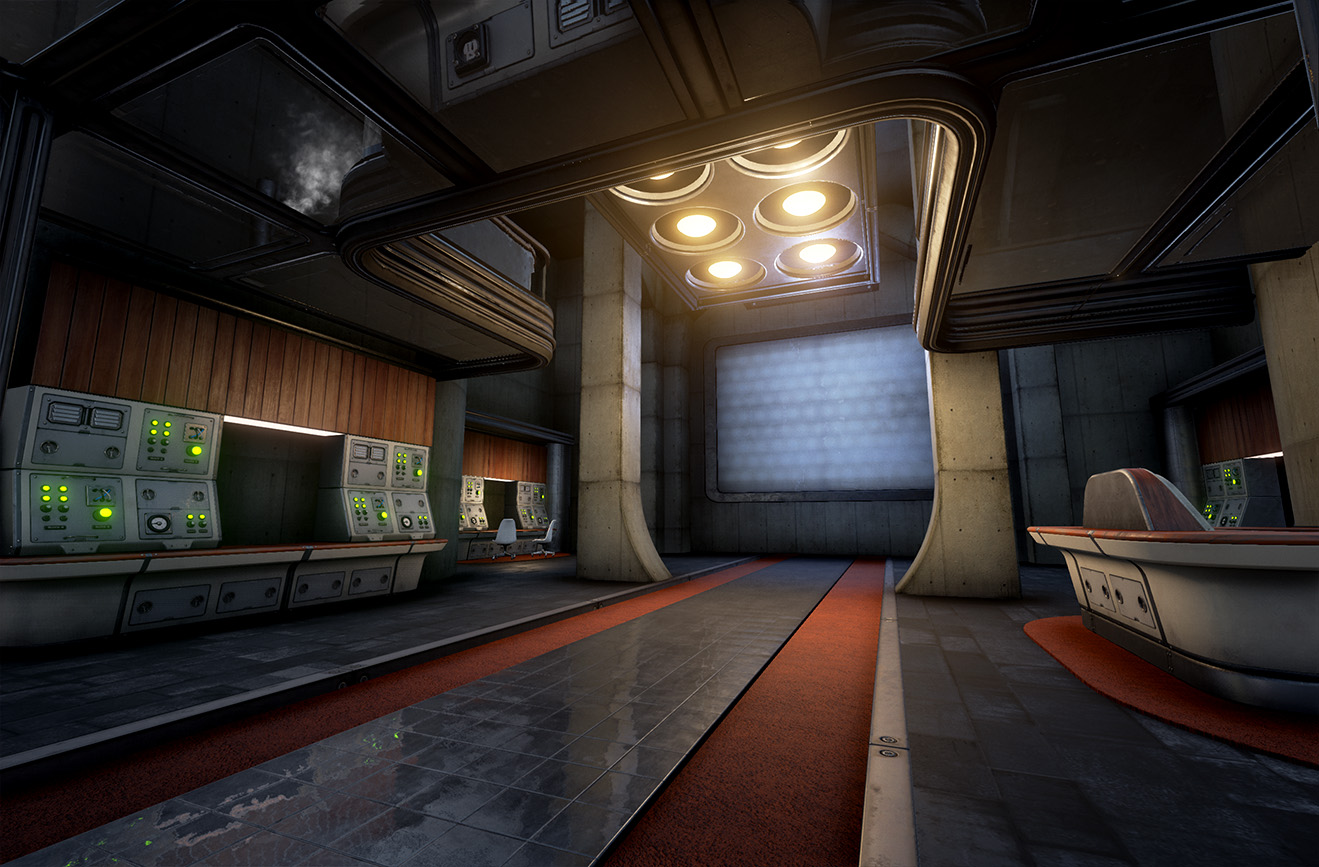 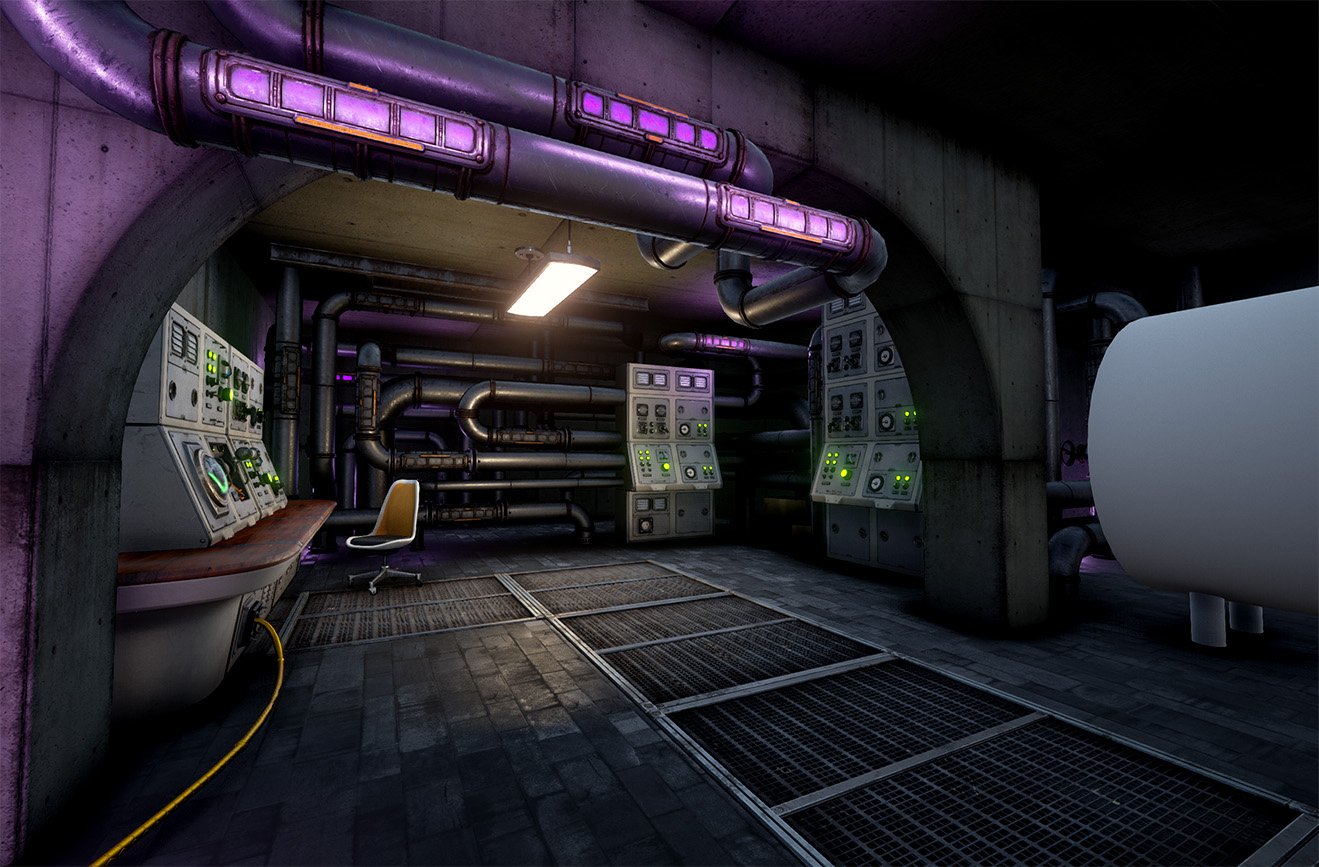 Hey Folks, This week I spent some time working on our Old Soldiers Encounter. I mentioned this one last week, but in case you missed it, this encounter centers around an Old Soldier, his heinous caretakers, a long-lost brother and a dog that came between them. It’s a sad story. This encounter will now be passed off to art/animation for more realization.

Also, this week I revisited Speaker’s Corner… The original design called for posting some fliers for the speaker; I reworked this interaction, including how we will communicate where to post the fliers. The system makes a lot more sense now, you should quickly be able to determine where to post the fliers and each location will include an increase in challenge in order to complete the objective.

For now, enjoy a sad photo of our friend, Thomas Lawrence. Veteran, Brother, Father… We salute you. 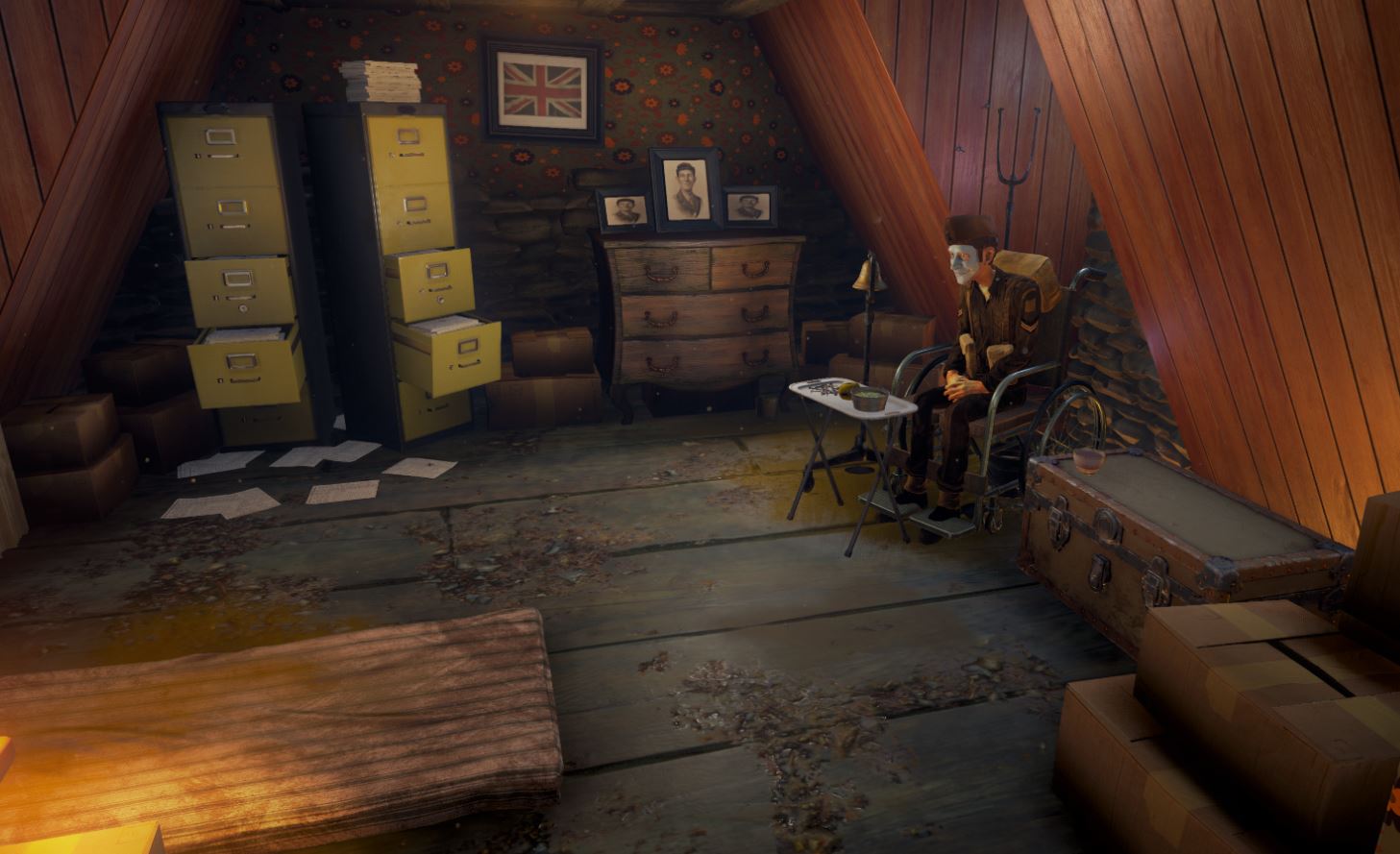