While the core development team continues to spend long hours polishing the game, others on the team are prepping for the launch in a wide variety of ways. We’re planning the migration to a new, more robust platform for our forums, negotiating and signing deals with different merchandising partners, making the final updates to text and subtitles so our localization partners can make our game internationally accessible, and also coordinating efforts with our partners at Gearbox across a number of major marketing assets that we’re super excited to release in 2018.

All that while juggling everyone’s holiday obligations as we strive to balance our focus on family and friends with our desire to maximize every aspect of the game itself. It makes for a substantial challenge, but Sam managed to unify our efforts and ensure everything’s on course just before taking a brief international leave--so while there’s no proper Production update this week, you can rest assured that we are coordinating efforts and lining things up for success!

Mike P
Hey folks! So this week was a mixed bag. Worked on some cutscenes, did some camera work, investigated some post camera effects and did some cycles. Did a bit of everything actually. Was fun and will provide some small moments for all of you to make gameplay feel a bit more special. That's about it for me for this week. So tune in next week, same Bat Time, Same Bat channel!

Jules
Hi! So this week we made a lot of progress in combat. Now, when a lot of NPC are attacking you, you have the feeling of fighting against a real crowd of people. They move everywhere, they taunt, they feint, and they communicate.
(I am sharing with you this GIF, this is a work in progress but I think that it can give you an idea of how the feint will look).

So like I said, the NPC can communicate during the fight. What I mean by that is for example, if you make a critical hit to an NPC, others are going to have a reaction like "Oh my god that must hurt". Same if an NPC assigns a critical hit to the player, the NPC is going to have a reaction like "Good job guys we will kill him". We made this improvement because we had the feeling of NPC are a little bit "dumb". Now I think we reach our goal. The combat is gonna be really different than what you can see already in the game. I'm very excited to finalize the animations and share them. See you next week, guys!

J.R.
Hey everyone, I’m out of my cinematic dungeon this week! ...well not quite, but I did spend some time helping out on gameplay a little bit. As you know we have been touching up on combat quite a lot recently. For me that meant: meetings, giving feedback, polishing up throws for NPCs, adding a new lob throw animation used for bangers, molotovs and whatnot, and replacing the infamous bayonet slash with a poke variation, which makes much more sense with the pointy stick.

Then I moved to object interaction, offering a bit of support for lock picking and creating a new jimmy bar animation that could work well with any object you can pry open. Oh and I also updated a “combing hair” animation. It doesn’t seem like much, but when you have this dude in the game, hair combing needs to be shiny. #DannyZuko

And as usual, nothing I can tell you about cinematics… except that I’m working on a scene involving an apple.

Vincent
Hellow! We’ve entered the polish phase on Arthur playthrough, so I got out of the cinematic cave as well this week, to dive into the spreadsheet pond of doom (many of us are in it so it’s still fun)! This involves also a lot of talking to other departments, awesome! The main focus is to try to find the moments that look a bit broken or cheap, and add some little animations to make it look better. Yes, I just defined polish, I know.

Roxanne
This week I set up prices for all pickups in the game. It was fun! (NOT! But necessary). Now I am working on the display of stats for all items so you will be able to compare them for their relative value and efficiency. Next week, it will be a big pass on quest rewards. I’ll try not to drown in that ocean of data! :)

Antoine
Hello! Wow it’s been a while. How’s everyone doing? I’ve been incredibly busy hence why I’m not posting too much in here due to the fear that I might be repeating myself “working on secret stuff, tune in later.”

What I can say though is that I was given a new shiny task that excites me quite a lot. That is to create a proper introduction to the world of the garden district and cover more basics of the gameplay in the form of “tutorials.” Putting tutorials in brackets because we’re trying to create exciting moments that hopefully don’t feel too much like tutorials. A recent user research report explained that most players had a hard time understanding the dynamics of the NPCs in relation to the player. We’ll try to address that by creating moments that introduce properly two factions of the garden district: the hooligans and the wastrels. That way we can understand who they are, what their motivations are and how these factions interact with each other in the world of We Happy Few. Also trying to keep the entire thing creepy, which is something that I always try to push in all the levels I’m working on.

Random bit of information: I’m also working on an island that is entirely covered in a deep white-ish fog with a level that was inspired loosely by Alice in Wonderland. That area is exclusive to one of our characters.

Céline
I’ve been working on various aspects of the game (audio, UI, level design support), but since last week I have been helping on stealth. Since Michael added some UI icons to help the player find out how he is perceived and detected by the NPCs around him, we noticed a few bugs; Wellington Wells’ inhabitants were deaf but could sometimes “see” behind them, Arthur could make silent jumps when crouched (I am sure you would have wished for that bug to stay in the game, but not happening!). Now that the perception of the NPC is more or less back to normal, we started tuning the stealth mechanisms and we plan to add more features and UI feedbacks to make sure that sneaking is as fun as combat. Please look forward to it!

Lionel
Following on last week, I was deep in the geometry generation part of the engine. This is a dark place where Math monsters lurk and everything is slower. So, I spent a lot of time waiting for the complete world generation to finish - because the geometry generation is done at the end. and I built the proper math for the corners to adapt to roads of different widths. And pulling my hair when doing something as stupid as forgetting a -1, because then I had to relaunch everything again… 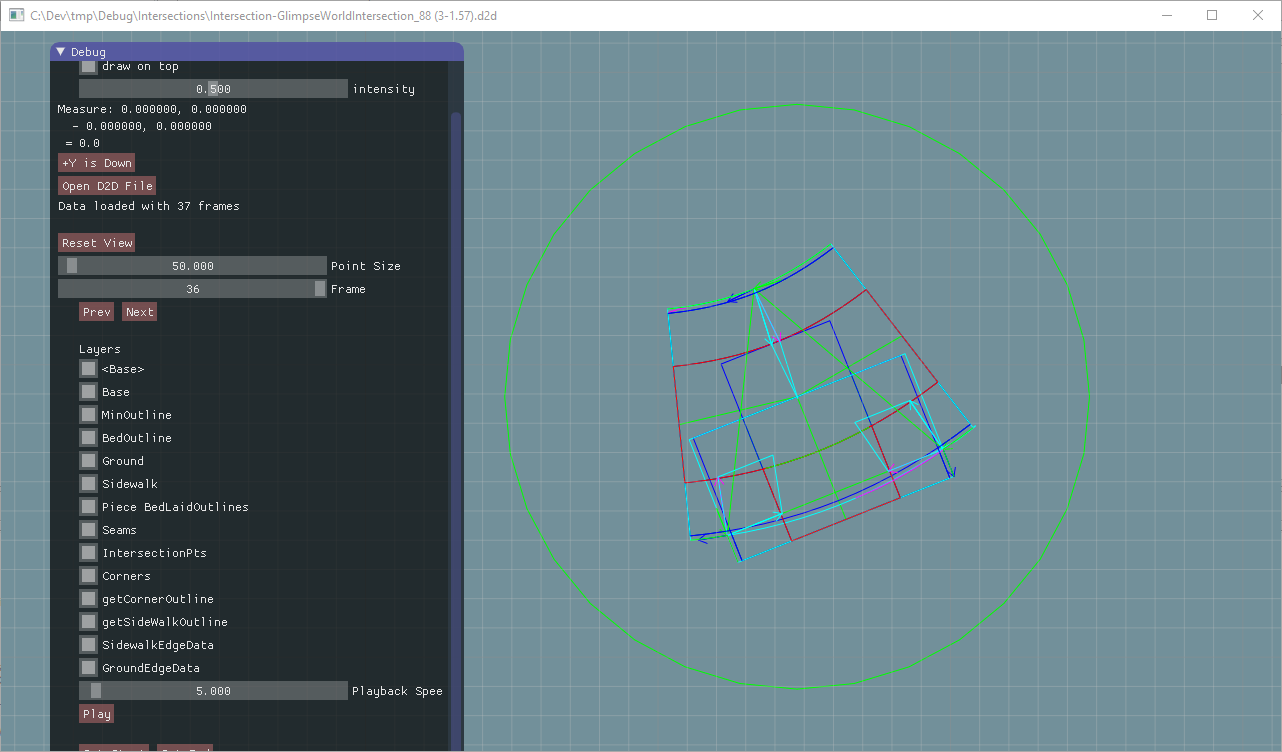 Marc-André
For the first half of the week, I’ve been continuing to work on the new fillers set for the garden district and have been having a meeting about the upcoming new “tutorial island”. I will be the environment artist doing the heavy lifting of that environment when design planning will be over.

Afterwards, I started to work on new vine variants that will go on the garden district building to make them feel a lot more dilapidated. This is very tricky because it involves optimisation (polygon count, shader complexity, texture size, draw calls, etc.), a lot of manual work/steps (branches, leaves and roots all created by hand) and multiple iterations. By multiple iterations, I mean that there are requirements for: lush and dead variants, shape variants, color variation and more. Although it is challenging, it is very interesting to do.

PH
I’m still on the long road to refactor the different buildings on the garden district. We are getting there! With Marc-Andre vegetation works, we will soon have the possibility to step up the abandoned mood for this district. Nature regained control - vines, wild bush everywhere - but everything must be procedural. We had lots of discussions this week above a computer screen looking at abandoned village references. It’s going to be something, it’s already something. I will post some screenshots next week. See you then, folks.

Alex
We are at an odd phase in development. On one hand, we are scarily close to when we need to have everything built and working. At this point, we should only be fixing problems, not building new things. However, some problems can only be fixed by building new things; and many problems only become clear after you resolve other problems. You can’t tell if the car pulls to the left until you can make the wheels go round and round.

We’ve been doing a lot of focus tests on Arthur’s playthrough, and it’s become clear that we can do a better job of putting the player on the right track from the get-go – some players report coming out of the initial shelter and not knowing where to go or what to do. We also need to make the first couple of hours stickier – more cool stuff to see and do, less running around in the woods.

So, we are building (we hope) a new, sharper, more spectacular opening to the game. That involves a lot of back and forth between me, G, and the lucky designers handed this task. How can we teach you how to play the game while pulling you into the world? For the narrative department, that means new characters, new encounters, new dialog, and new environmental narrative; and a lot of consultations with the designers.

Simon
Hi everyone! This is Simon on behalf of Gearbox Publishing’s Quality Assurance (QA) Team. Our goal is to support Gearbox Publishing’s various partners/developers through a team of objective testers. We offer functional, first party certification, localization and compatibility test services to ensure that the player will have a smooth experience when the games reach their hands.
An efficient QA department needs to stay up to date with the games they are testing so we are working very closely with Compulsion to support their needs. They are keeping us informed of the various features and content they added to the latest versions and we make sure to test around those to keep them busy with a steady flow of bugs! A recent example of this is the rearrangement of the order you will be visiting the multiple islands of Wellington Wells. While it provides a better experience for you all, it may introduce technical issues. Our job is to hunt for any bugs that this change may have caused and make sure that the narrative of all the quests remain coherent. It’s important for us to be flexible and always adapt to what is being sent to us for testing!
While we always enjoy providing player feedback whenever Compulsion requests (we are gamers too!), our main job is to offer an objective view of the current state of the game through bug filing and various reports. We are here to help Compulsion and Gearbox’s production team deliver a great game and we are thrilled to be involved! 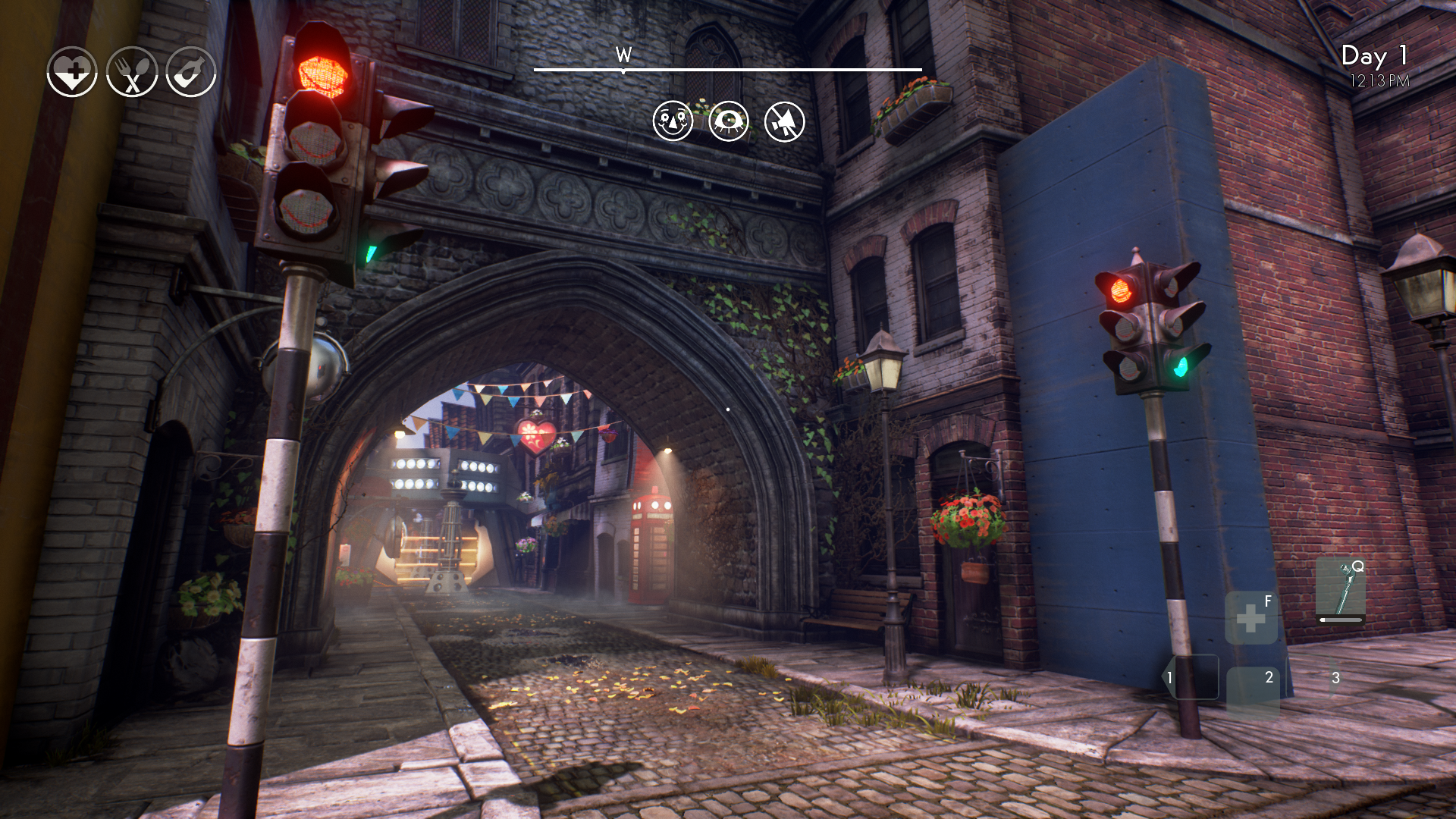