We are about to roll into October! Which means we are 4 weeks away from content completion...and Halloween!

We are planning some fun and creepy content on our social media for the month of October. Ever heard of Foggy Jack? Us either.

We also announced this week that we are partnering up with McFarlane Toys to bring our beloved Bobbies to life! 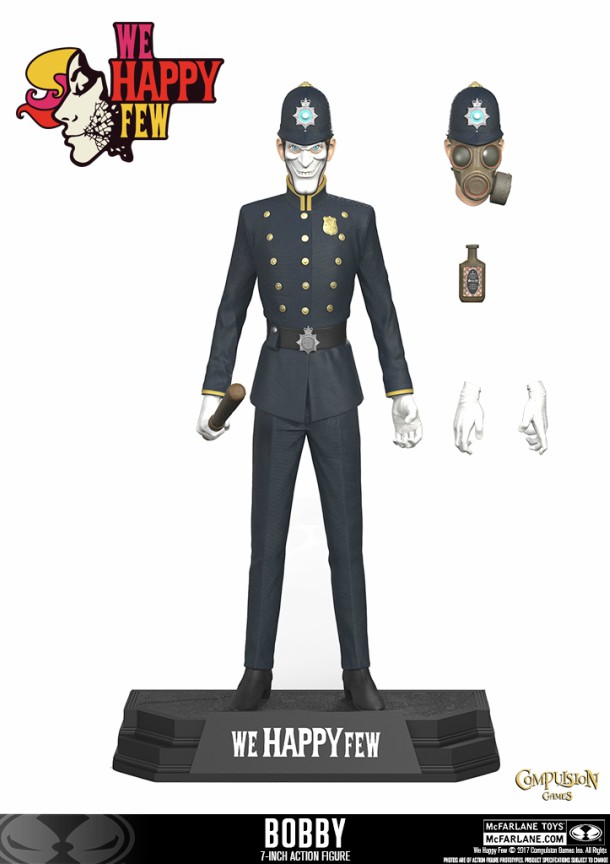 The team is busy as bees recording and integrating VO, finalising the level art, adding major changes to procedural work, animating all those little moments that piece everything together, and really just working super fast and well. Of particular note is that this week our conformity mechanics have finally been integrated to the new system, so all those weird Wellington Wells rules are back in, including the old favourite of “have you had your Joy today?”

As content comes in, we also continue reviews to make sure that the playthroughs make sense, and we begin looking at which parts we want to focus on to make them really shine. That’s exciting and nerve wracking - there is a reality in game development that parts of the game need to be “good enough” but may not make perfect. It’s like trying to decide which one of your kids gets the hug. But it’s very important to make sure that we have moments that you guys will love and hopefully feel touched by.

Other than reviews, the production team is beginning to collate information for ratings like a full and final script (which is a hefty, hefty beast that we’re currently estimating at between 100k and 150k words), videos of particularly gruesome moments, foul language (yes but HOW did the person say fuck?), and some things so awful you’ll have to discover them for yourselves (spoilers). T-4 weeks until content complete (in theory)!

Eric
This week has been fully dedicated to the new introductory island. It’s coming along fairly well. Just stitching together the quest flow, and fixing some strange issues that crop up, that and a loot pass. But it’ll shape up nicely after a few long nights of figuring out why things don’t work properly. Also, Emmanuel started on the new bridge from this island (Barrow Holm) to the old first island (Eel Pie Holm), take a look. 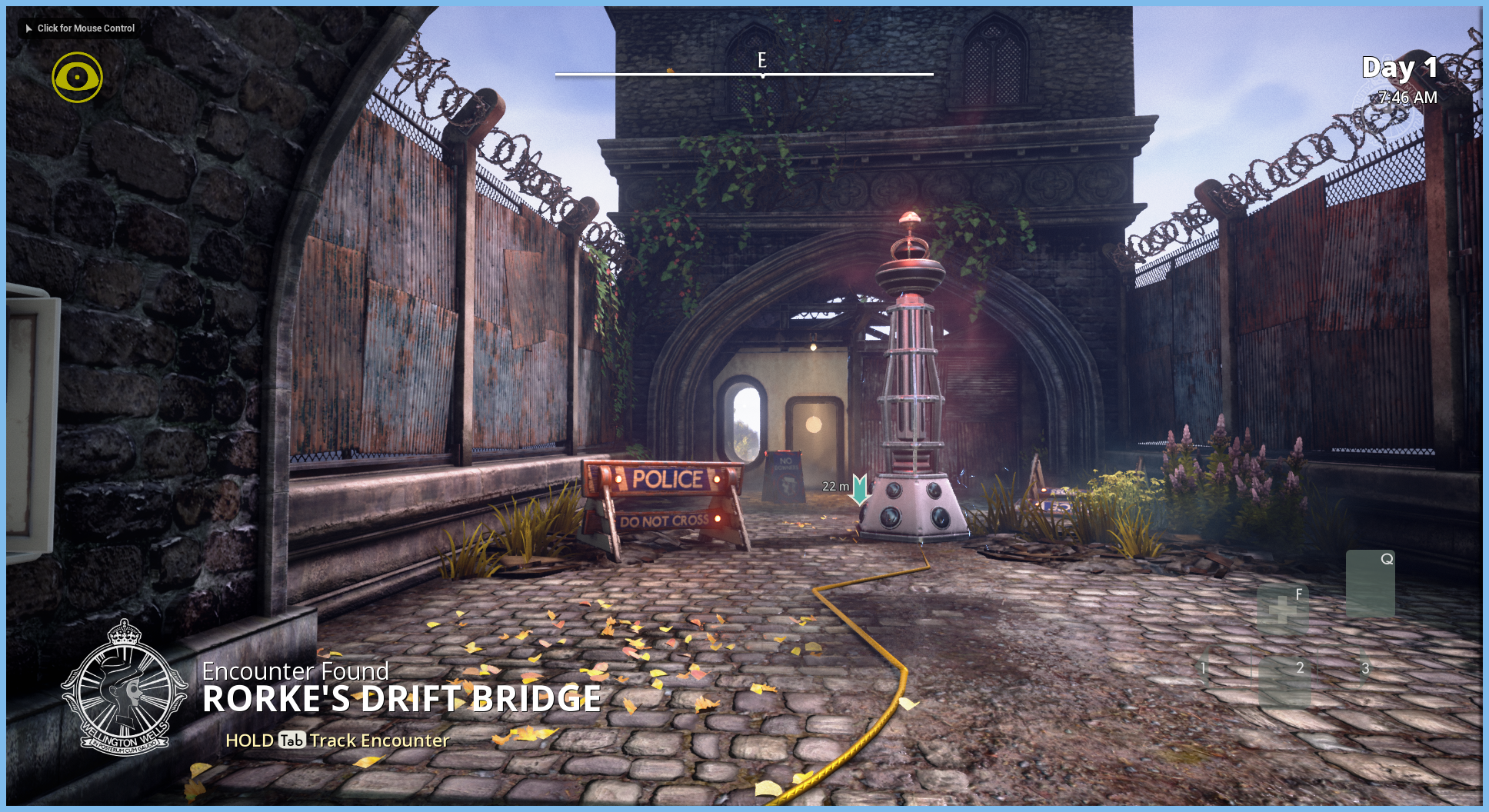 This week I and most of the rest of the level design team worked on fixing progression blockers in the story mode for upcoming user research tests in a week and a bit. These are tests where we bring people in to play and evaluate: do they know what they need to know, can they complete everything, and many more things. Besides that, we did a lot of line integration (adding VO to our encounters) and updated our level scripts based on this new content.

Danger Mike (So much more dangerous than last week) Editor's note: Not dangerous at all.

Hey folks! Hope you’re all doing great this week. So far so good, haven’t burned the office down yet, or broken the game yet. So that’s a good sign :D It was a productive week. Started out by planning out some custom animations for some encounters with the level design team. All except for Eric “Smoopy Bear”, he’s doing other stuff. Then finished up a weapon animation set, then did another weapon animation set, then did some NPC reactions to the weapons and some retargeting of that animation, then did some angry lady animations, then did some statues and now finally I’m back on the custom narrative stuff. So yeah… it’s been an eventful and productive week! Tune in next week, Same Bat Time, Same Bat Channel!

Hi, this week I finished the combat animation! Fighting is now a bit more strategic. We enjoyed building this a great deal, and I hope you will like the improvements.

This is the new medium attack for 2 handed weapons, a double swing! If you don’t dodge the first hit, you probably will be hurt by the second one:

Here we have the heavy attack for the 1 hand weapon; this attack is from the top so watch out for your head if this NPC hits you:

So that’s it for me. If you want to see more about the other new attack I will give you a rendez-vous next week. Just here, for another weekly journal :).

Do you ever wonder where Uncle Jack’s broadcasts come from? Of course you do! This week I’ve written environmental narrative with behind-the-scenes tidbits about The Uncle Jack Show. I’ve also written environmental narrative for the HQ of the Powers That Be in Wellington Wells. While it’s fun to write all this lore, I’m trying to not to spoon feed too much, so that you Downers can have fun piecing things together for yourselves.

Like our dear Uncle Jack, I just want you to be happy.

It’s cold. At the start of the week it was too hot, I don’t think weather is supposed to change this fast… anyway that, it seems, is Montreal.

I have been continuing to work with Jules to improve the movement of our fighting NPCs, and also helping fix up and make tools for the level designers to use as they very busily script the rest of the game. One example is a nice event that will tell them when the player is carrying a corpse (naughty player), or NOT carrying a corpse (good player), they can use that event to trigger scripted moments or update quests and just generally finish making the game.

This week, I have been doing some work on two story locations (adding environmental narrative elements such as plaques and paintings and modifying materials/objects after.

I’ve gotten feedback from Whitney). I have also been working on getting the interior of yet another house completed. It’s not there yet, but almost. It will be finished by the end of the weekend. Here’s a picture of the pool table I created for the games room in the house. 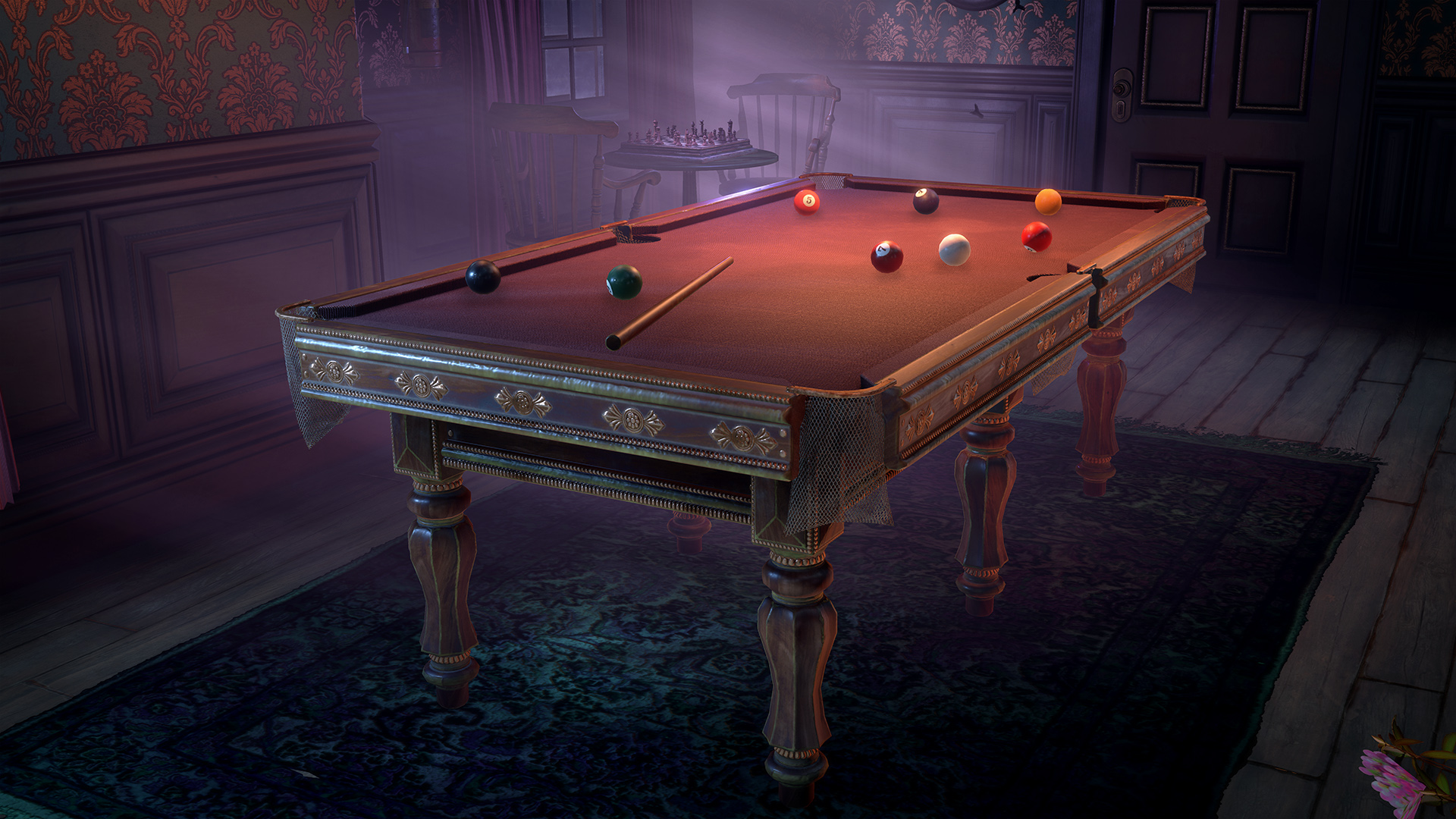 I modeled a chalice! Wink,wink to the Quebecers! Antoine, one of the awesome level designers, asked me to fill it with an unknown liquid. Soon you will discover why. Then I had lots of fun modeling an old British parachute from world war II. When I was gathering references, I discovered that those parachutes were firsts of their kind. Paratroopers surely had to put trust and faith into their gears O_O 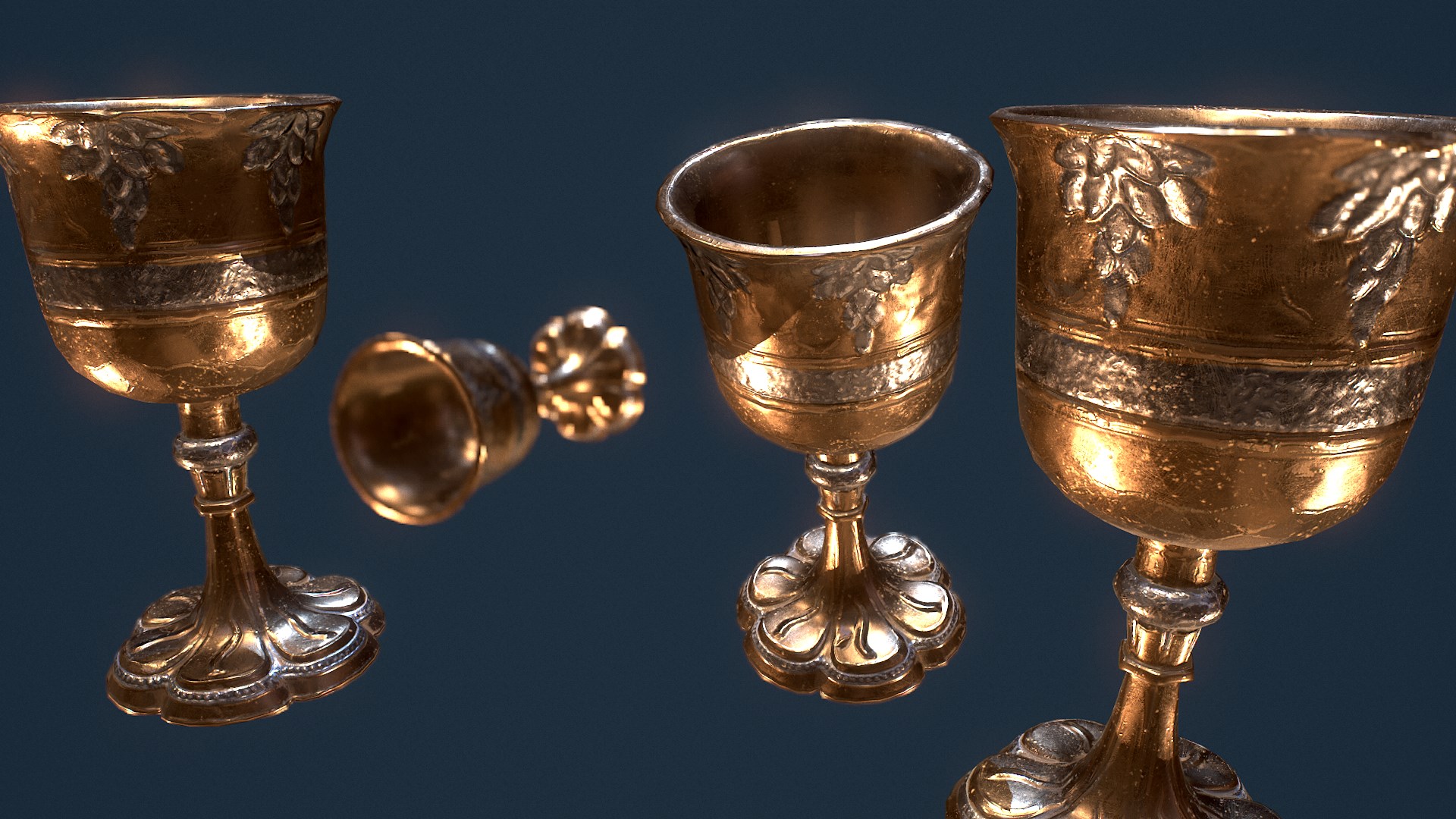 Hey lil' Downers! This week was nuts, and it's only going to get crazier until content lock!! Defying the odds, somehow ANOTHER player menu screen was designed: SKILL TREEEE! The design was approved with a surprisingly minimal amount of retching from David and G. When their feedback does not include phrases like "my eyes are unhappy" or "this screen makes me want to kill myself" I know I've done a good job! More to come on that end, it's going to need a bunch of sweet, sweet icons, so I'll keep you posted! I also made some posters for a secret location that describe what Wellies believe will come to pass in the FuTuRe!*~!*!*!

(Sam note: we haven’t spoken much about the skill tree yet, but it’s a system we have decided to experiment with to give players better rewards for completing side encounters, and to give a better sense of progression for your character(s). These are two things requested by you guys, and it’s really nice to be able to figure out good ways to respond to feedback. We’ll talk more about this at a later point.) 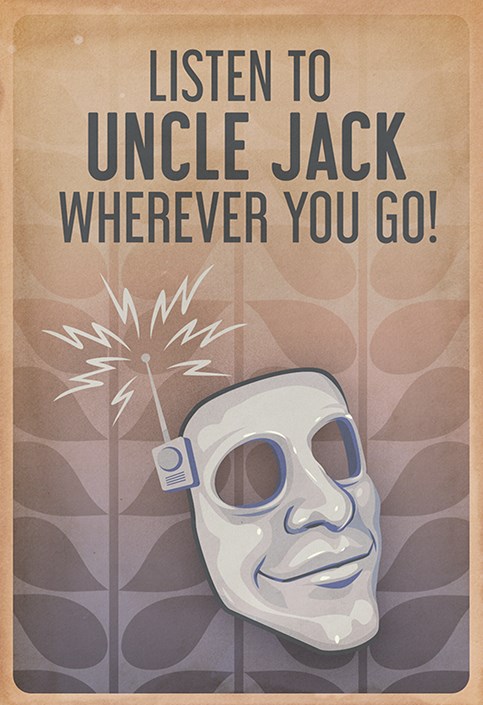 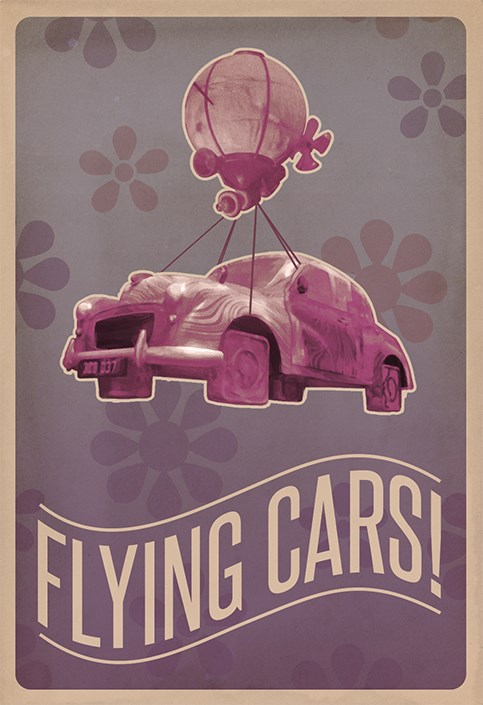 Hello all! As we were focused on the player menu until now, we didn't have yet the occasion to make a pass on fonts and get rid of old assets still laying around after a few years of production -- and which used to make Sarah's eyes bleed.

So this week I played around with the HUD (Head-Up Display, basically all the visual information displayed on screen) to make it fit with our new UI aesthetic! I also added the tab design for the player menu.

The rest of the week was about going through UI design bugs and trying to juggle between design efficiency and player/team member feedback received.

It's always a bit tricky because we all have our own logic or a certain opinion on how a game should represent (and has represented) certain types of information, and it's all about finding that fair middle while trying to be innovative and getting everything ready on time for content lock.

It's a good thing we have good coffee and donut breaks!

Hey all! I’m Meredith, the Community Coordinator here at Gearbox Publishing. This week, I worked together with Community Manager Naila to come up with some cool social content for the next few months. We’re going to be focusing on some fun and spooky elements of the game in October, and I’m really looking forward to seeing some of our planned assets come together. Thanks for the ideas, Naila!

In more immediate news, Nicole (one of our Marketing Artists) whipped up this really cool ’60s-inspired Wellette paper doll! I never thought I’d ever work at a place where “cutting out clothes for a paper doll” was a legitimate part of my job, but sometimes working in social media can be fun in ways you didn’t expect. 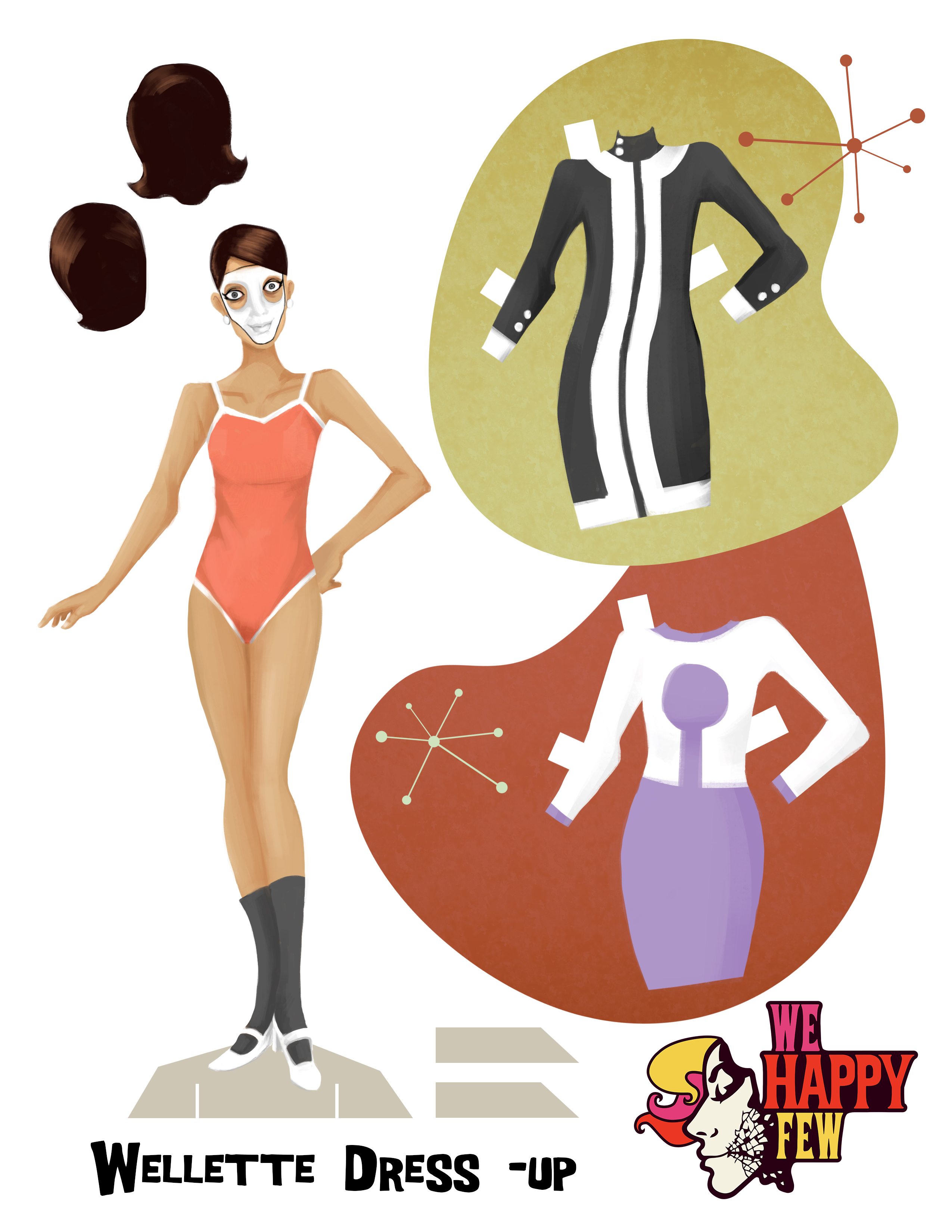